Who Could’ve Known That a Christian Ministry Worker Would Proselytize in a Public School Speech? January 31, 2016 Hemant Mehta

Who Could’ve Known That a Christian Ministry Worker Would Proselytize in a Public School Speech?

How hard is it to vet motivational speakers for public schools?

Randy Rich, who played in the NFL for a few seasons in the late 1970s, was asked to speak at several middle and high schools in the Fairbanks North Star Borough School District (Alaska). While his talk was ostensibly about dreaming big, it’s not hard to realize he works for a Christian ministry. 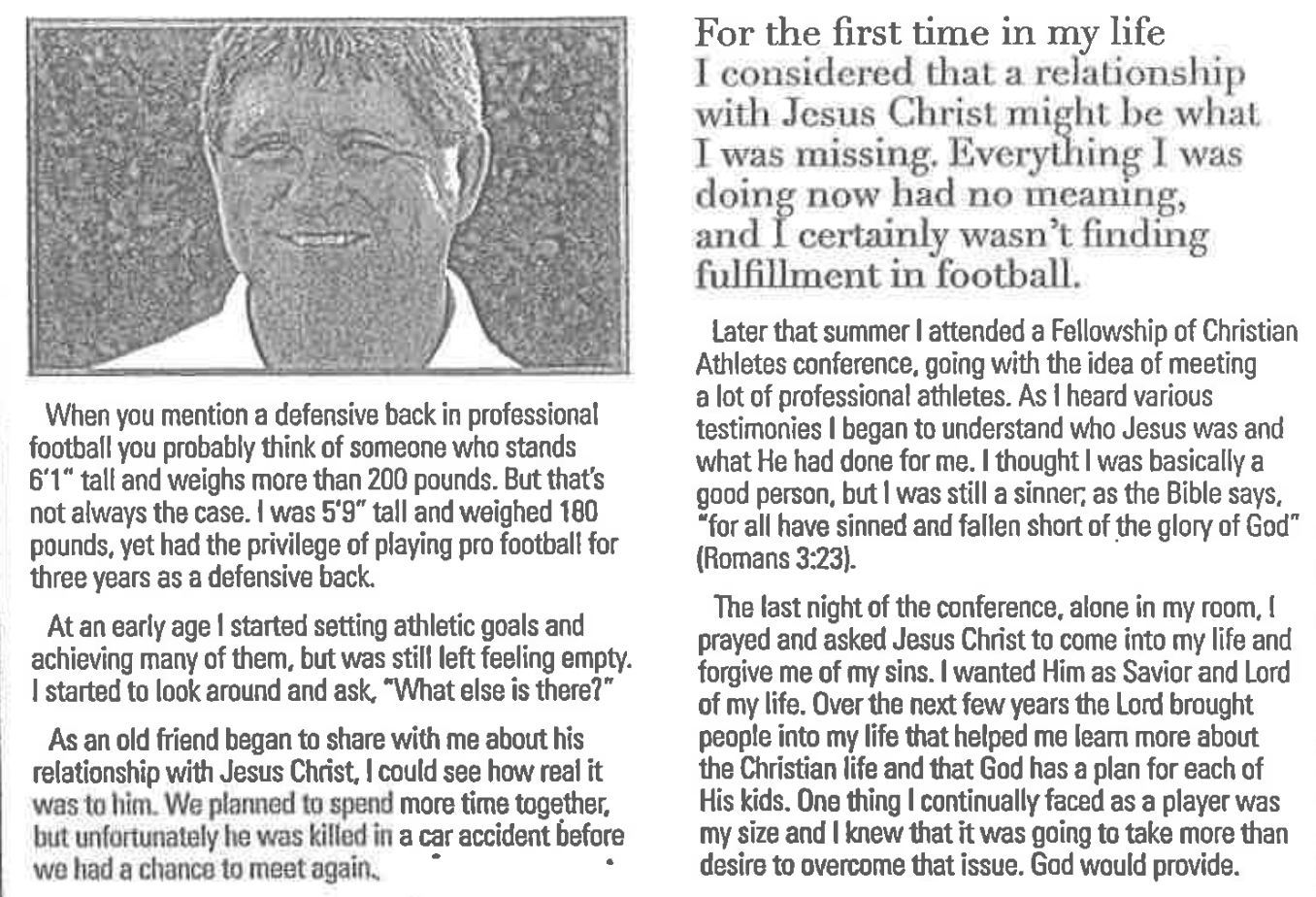 The District could argue that this was supposed to be a secular speech, but one teacher noticed the problem right away:

John Yordy, a teacher at Ryan [Middle School], responded to an email about the assembly between his colleagues and building administrators stating his concern that the person coordinating Rich’s talk had the title of “Ministry Relations Coordinator” for K-Love Air1, a Christian Radio organization with an affiliate station in Fairbanks.

Ryan Middle School Principal Heather Stewart responded by email to Yordy and other teachers that her understanding was that the assembly was simply motivational in scope, not religious. Yordy provided the email to the News-Miner.

“Let’s see what the assembly holds — we might all be surprised,” Stewart wrote in the email.

Well, they were surprised. At the end of Rich’s speech, he handed out “football cards” (including the image above) that explained how he found Jesus, encouraging all the children to do so as well.

“The Bible says that ‘He who began a good work in you will perfect it until the day of Christ Jesus’ (Philippians 1:6). If you want to know more about the message of God’s love and saving grace, please contact me,” the card states.

This District knew Rich represented a Christian ministry and yet they’re surprised that he used his platform to proselytize to students?! How irresponsible are the adults in this place? If this were a Muslim or atheist who tried to do anything of the sort, it’d be national news. But because Christians are allowed to break the law like this and get away with it, it’s barely a story.

ACLU Alaska says they will be sending a letter to the District soon requesting an apology and promise it won’t happen again, but you know how these administrators work. They’ll issue a half-hearted apology, then do it again when they think no one’s looking.

“Even [with] the best screening process in place, if somebody comes in at the last minute and slips in a piece of paper that wasn’t approved, you can’t control for all variables,” she said.

Bullshit. This didn’t happen apropos of nothing. It was very clear to anyone who bothered to research it that Rich was part of a Christian ministry, and people like him can’t remove their faith from a secular presentation. He never should have been invited in the first place without written assurance that he would not bring his faith into the program and that there would be a financial punishment if he did. It’s clear nothing like that happened ahead of time.