We May Very Well Have a Presidential Election Between Two “Nones” January 28, 2016 Hemant Mehta

We May Very Well Have a Presidential Election Between Two “Nones”

Yesterday, I posted a chart from the Pew Research Center. Americans were asked how religious they felt the various Presidential candidates were — and in a stunning result, the Republican frontrunner ended up at the bottom of the list. (I know, I know. It’s that guy. But still…) 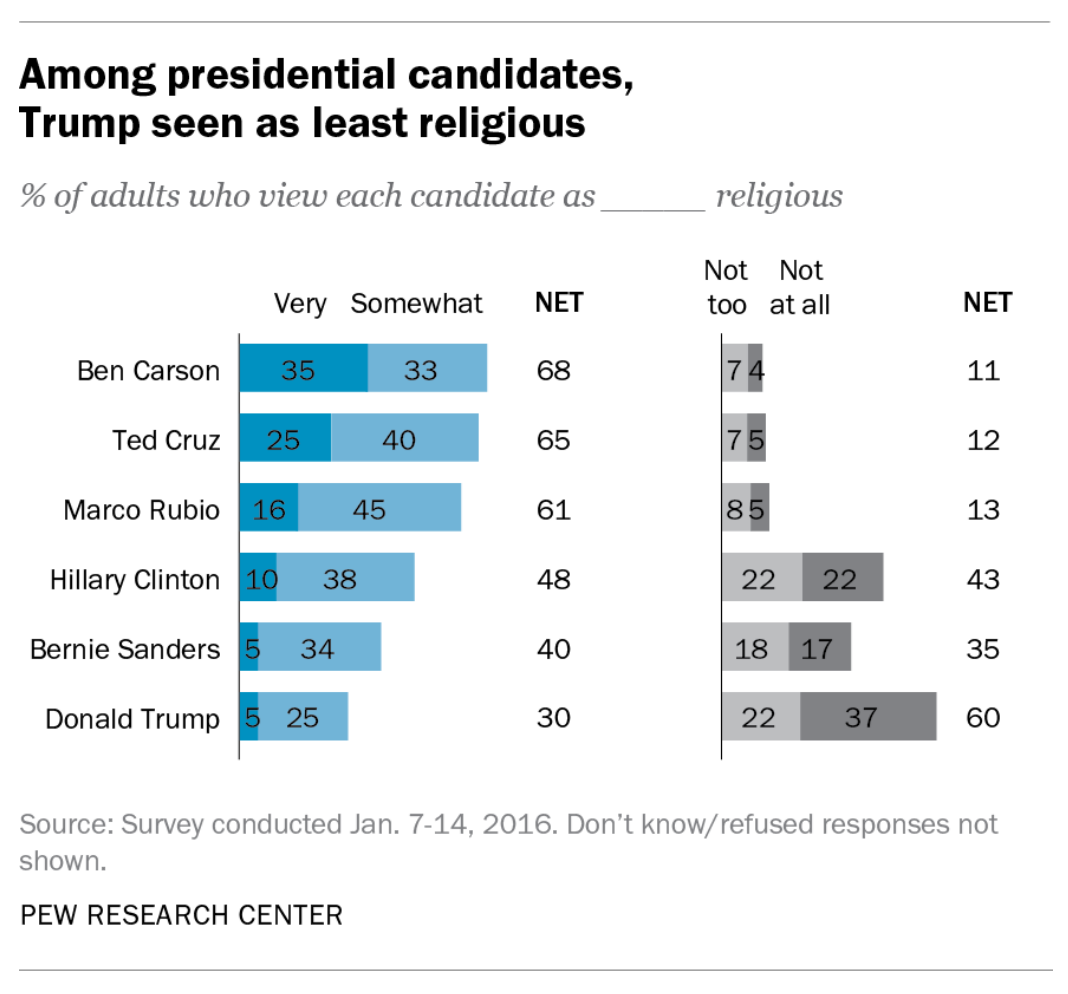 Think about what that means for a moment.

There’s at least a small chance that Bernie Sanders and Donald Trump could be the eventual nominees for their parties.

We could theoretically have a presidential race between Sanders, a Jewish man who says he believes in God but never talks about it… and Trump, a guy who probably isn’t religious at all but is going out of his way to pretend otherwise.

In other words, it could be a race between two “Nones” taking very different strategies to appeal to their radically different bases.

That would be a far cry from every election in recent memory, where candidates were basically required to wear their Christian faiths on their sleeves. Minus the whole “we’re all gonna die if Trump wins” mentality, what a pleasant reprieve that would be. At least until Trump begins touting his Christian credentials and screws up when reciting another Bible verse.

January 28, 2016
Christian Activist: Parents Would Rather Their Kids Be Addicted to Drugs Than Be Gay
Next Post