You expect a company’s social media team to react quickly during the Super Bowl or Oscars with some clever product placement… but who knew they were watching science-based Twitter battles?

After rapper B.o.B. claimed that the Earth was flat and Neil deGrasse Tyson attempted to correct him, Taiwanese smartphone manufacturer HTC capitalized on the debate: 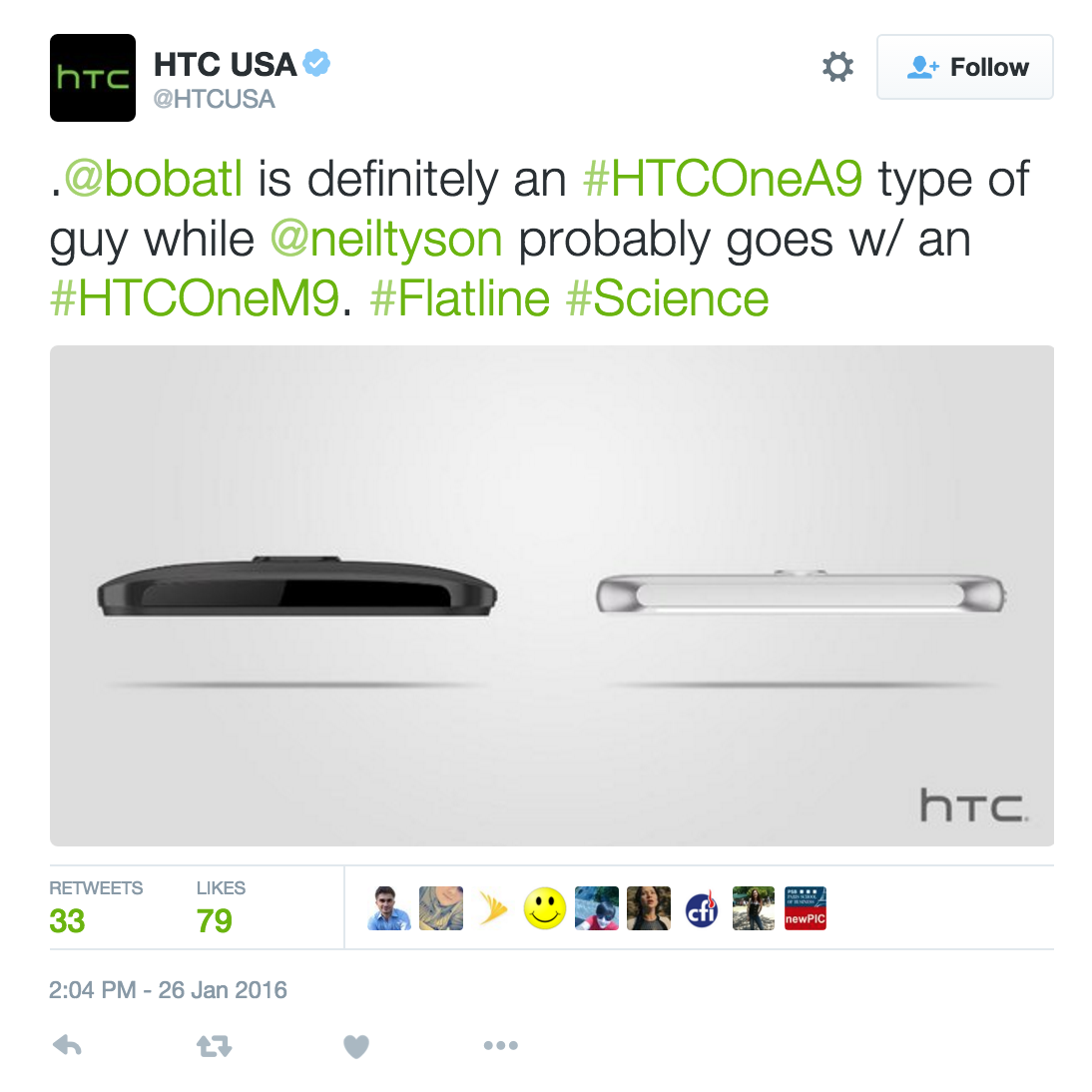 I won’t buy your phones, but you’ve earned some respect.

January 28, 2016
When You Start Asking Questions, One Thing Leads to Another...
Next Post