After Putting “In God We Trust” on Vehicles, Virginia Sheriff Brags About Weekly Office Bible Study

We’ve seen a lot of sheriff’s offices and police chiefs put “In God We Trust” stickers on all their vehicles. It’s an easy way to push Christianity on their communities while hiding behind the excuse that it’s “just the U.S. motto.” (Lying is okay, you see, if it’s for Jesus.)

The Tazewell County Sheriff’s Office in Virginia, though, went even further: 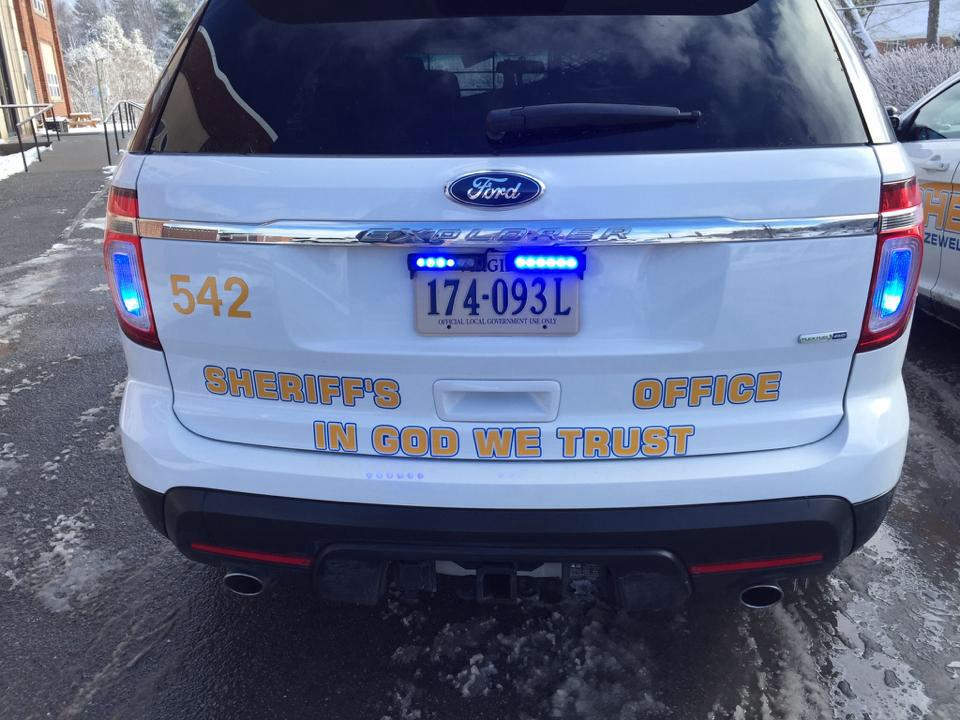 “Our department feels very strongly about having In God We Trust on our vehicles. We know there is nothing we can do for our community without the guidance of our Lord,” Sheriff Brian Hieatt said in a statement.

The Sheriff’s Office holds weekly Bible study meetings, according to a news release.

Hieatt’s admitting that this is all about promoting Christianity to the point that his office holds weekly Bible meetings.

For that reason, the Freedom From Religion Foundation sent Hieatt a warning letter yesterday:

… Your admission that the phrase is indicative of the Christianity of your staff belies any argument that the phrase is being used in a merely “ceremonial” or “patriotic” manner with “no theological… impact.” This gives the appearance of government endorsement of Christianity, which conflicts with personal religious and nonreligious views of many county residents and employees.

On behalf of Tazewell County residents and taxpayers, we ask that you refrain from promoting Christianity in your official capacity as Sheriff, and urge you remove “In God We Trust” from all Tazewell County Sheriff’s Office vehicles…

I can tell you how this will play out. Since an atheist group asked for local government agencies to remain religiously neutral, the employees who are breaking the law will inevitably whine about how they’re victims of anti-Christian discrimination. That’s how their mind works.

If they’re not offering a subtle “fuck you” to non-Christians in their community, then the terrorists win. Or something like that.

January 28, 2016 Christian Activist: Parents Would Rather Their Kids Be Addicted to Drugs Than Be Gay
Browse Our Archives
What Are Your Thoughts?leave a comment