Hillary Clinton: We Have to Stick with “Separation Between Church and State” January 27, 2016 Hemant Mehta

Hillary Clinton: We Have to Stick with “Separation Between Church and State”

Yesterday, he asked Hillary Clinton for her thoughts about laws that merge religion with our secular law. It was a brief exchange, but Clinton agreed there was no place for that in the United States: 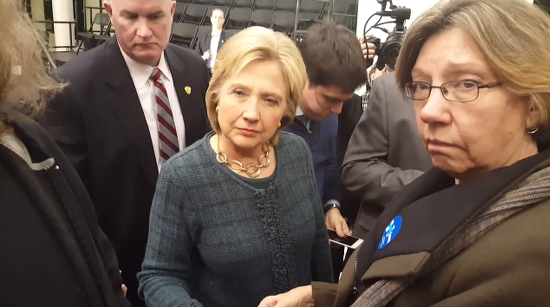 Justin asked her how we stop the intrusion of faith-based laws. Clinton responded:

Well, look, I think we’ve gotta stick with our founding principles, separation between church and state. And remember: It was done in the beginning mostly to protect religion from the state. So we need to stick… We need to stick with what has worked.

It’s an answer you won’t get from most of the Republican candidates, that’s for sure.