A Christian Bully is Surprised Nobody Wants To “Debate” Him, So Let Me Explain January 27, 2016 Hemant Mehta

A Christian Bully is Surprised Nobody Wants To “Debate” Him, So Let Me Explain

Like many kids who went through grade school, I had a bully.

This person followed me around, called me names, and tormented me in every class we shared. Now, this was back when schools just blithely accepted bullying as a part of the educational process, so I really had just two options for dealing with my tormentor:

1) I could politely ask him to stop calling me “faggot.”

Out of misplaced trust and youthful naiveté, I chose the first option. Guess how that turned out? 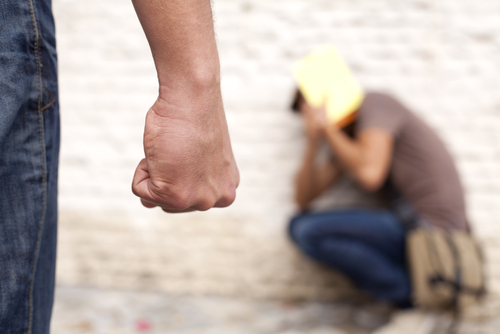 Bullies don’t want to have conversations, they don’t care about your feelings, and they don’t respond to reason. That’s why they’re bullies.

That’s a reality that Dr. Michael Brown doesn’t understand. In his latest article for Charisma, he writes about his recent trip to the Faroe Islands where he spent time outsourcing his own brand of homophobia. What struck Brown as odd, though, was the fact that none of the island’s LGBT activists wanted to debate him. When prodded, they responded by saying there was no point in debating a “right-wing extremist.” Brown, naturally, saw this as cue to play the victim:

.. calling your opponents names and repeating false accusations against them is a cheap excuse for engaging in a civil, intellectual exchange.

The irony, of course, is that Brown has spent his entire ministry doing the exact same thing to the LGBT community.

Instead of trying to get a better sense of why LGBT activists might not want to debate him, Brown thinks the lack of turnout is because they live in fear of the mighty, intellectual prowess that is Dr. Michael Brown. He even takes a couple paragraphs to beat his chest like some righteously insecure King Kong:

… how is it that I have been deemed worthy of holding debates, delivering lectures or presenting academic papers at Oxford University in England and the Hebrew University in Jerusalem, along with Harvard, Yale, Columbia, Ohio State, USC and other esteemed schools in America, but I wasn’t worthy to debate a qualified spokesperson in the Faroe Islands?

Why was I invited to address congressional leaders and university chancellors in the halls of Congress in Peru (in 2014) but I wasn’t worthy of a public discussion with gay activists in the Faroe Islands?

One more response was that they did not want to get into a religious debate, but the organizers made clear that this would be a secular debate, not a scriptural debate.

Still, no one was willing to engage.

Here’s a thought: Maybe no one wants to engage Brown because LGBT individuals are tired of having to justify their existence to someone like him. Maybe they don’t accept Brown’s personal religious views as a legitimate reason to deny them fair housing and job opportunity and civil rights in general. Maybe they don’t think they should have to debate for their equality at all.

Personally, I hope it’s because the world is starting to see Brown for what he really is: a bully. Someone who uses homosexuality as a scare tactic against the ignorant.

Their silence is more than glaring. It is quite instructive.