When It Comes to Religion, Do You Even Want to Know the Truth? January 25, 2016 Hemant Mehta

When It Comes to Religion, Do You Even Want to Know the Truth? 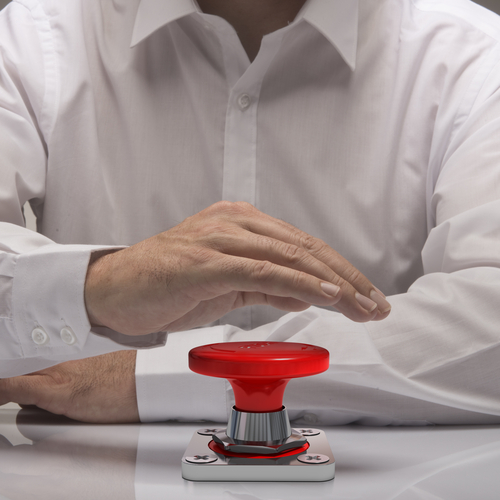 Robert Kirby, writing for the Salt Lake Tribune, says your desire to press the button depends on where you are in the “truth-seeking process”:

First is that you want to know the truth badly enough to push the button regardless of which answer comes up. Truth is more important to you than personal comfort.

Second, you’re the kind of person not willing to place what you believe in jeopardy. Ignorance is so blissful that you stay as far away as possible from the truth button lest your emotional security be undone accidentally.

Finally — and most stupidly — are the people who wouldn’t push the button because they already “know” their religion is true.

Like Kirby, I’d like to think I’m in that first group. I’d push the button in a heartbeat. I’m confident in my atheism. But if I happen to be wrong, I want to know so I can fix it.

I also understand people who would choose to remain in the second group. (Why mess with what’s working for you?)

But that third group really is hopeless. Let’s call them “Donald Trump‘s base.”

No amount of evidence will ever convince them they’re wrong. You can show them audio, video, unearthed classified documents, and Jesus Himself saying “I’m not real,” and they’d stick with their delusions. Advanced degrees and superior qualifications mean nothing to them. The only way to convince them to change their minds is to get someone who shares their fantasy-world bubble to speak even louder.

What’s scary is that entire political campaigns are now built trying to appeal to the third group.

(Image via Shutterstock. Thanks to Cary for the link)

January 25, 2016 Anti-Abortion Activists Who Made Misleading Videos About Planned Parenthood Indicted by Grand Jury
Browse Our Archives
What Are Your Thoughts?leave a comment