It was more than three years ago when Christian pseudo-historian David Barton‘s book The Jefferson Lies was yanked off the shelves by his publishers at Thomas Nelson due to all the inaccuracies in it. 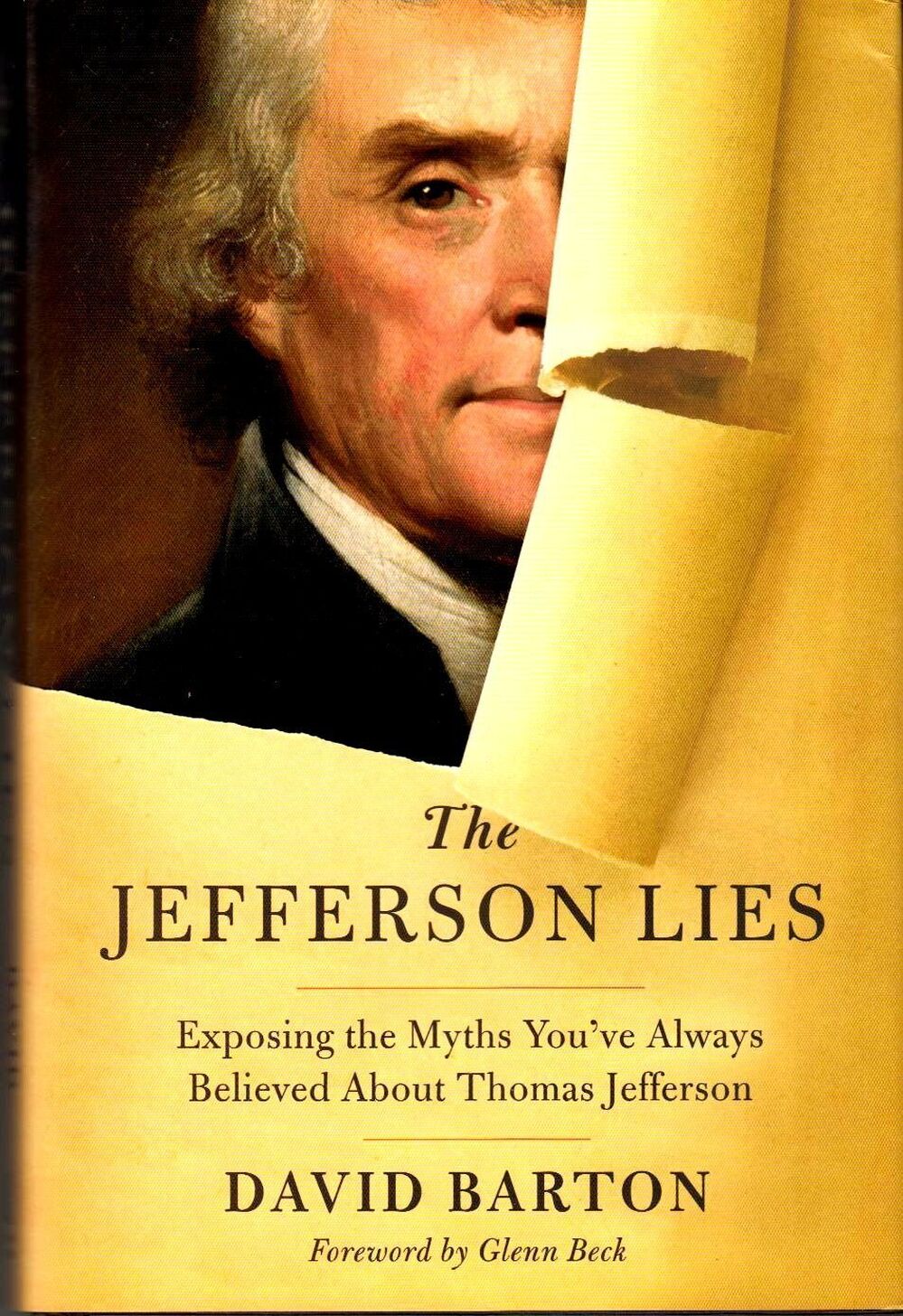 David Barton was exposed — yet again — as a liar. (Chris Rodda has a wonderful takedown of one of Barton’s chapters right here.)

But there was always a lingering question about whether the book would resurface. After all, Barton’s fan base includes a hell of a lot of biblical literalists, so they’re used to books that ignore reality.

Last year, WND, the Christian news site formerly known as WorldNetDaily, announced it would be re-releasing Barton’s book after all this time. And instead of correcting any of the mistakes, they said they would be doubling down on them:

Despite the wildly popular success of the original hardcover edition, a few dedicated liberal individuals campaigned to discredit Barton’s scholarship and credibility, but to no avail.

In his new paperback edition Barton responds to his critics in a lengthy new preface in which he takes to task his former publisher and directly answers with thorough documentation the seven main issues his detractors registered.

Never had a book title been more accurate.

Anyway, Barton did an interview with WND yesterday in which he was asked who Thomas Jefferson would endorse for President if he were alive today.

And wouldn’t you know it: David Barton, who heads up a pro-Ted Cruz super-PAC, said that Jefferson would have loved Cruz:

[Barton] told WND Cruz is the candidate who comes closest to Jefferson and what he believes were the third president’s principles on “debt, religious liberty, and the war on Islam.”

“Two hundred years ago, the Founding Fathers dealt with abortion,” said Barton. “They dealt with marriage laws, they dealt with homosexuality in the military, they dealt with whether the federal government should bail out private businesses ‘too big to fail.’ Everything we’re going through now, they already dealt with and so we can learn from history if we’re willing to do so.“

That’s right: The President who removed all the miracles and supernatural nonsense out of his personal Bible would apparently support the senator who announced his campaign at Jerry Falwell‘s Liberty University.

The President who coined the phrase “wall of separation between church and state” would apparently support the senator who said atheists aren’t “fit to be commander-in-chief of this nation.”

This is nothing new for Barton. He and his Christian followers have a long history of claiming to speak for dead men.