It doesn’t matter how meaningful or meaningless the debate is, Neil deGrasse Tyson will put an end to it. He appeared on The Late Show with Stephen Colbert to settle those Friday Night Fights.

But not before talking about the newly discovered “ninth planet.” (That alone was worth the price of admission.) 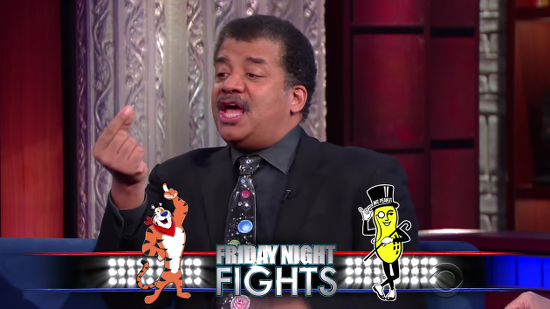 January 24, 2016 Let's Hope the Guy That Donald Trump Might Shoot Doesn't Shoot Back
Browse Our Archives
What Are Your Thoughts?leave a comment