If Donald Trump is as pious as he claims to be, he’s doing a horrible job of winning over the Republican Party’s Christian base.

He bungled a Bible verse, blamed a Christian leader for the error, said he doesn’t ask God for forgiveness for anything, swears in speeches, and called the communion wafer a cracker.

No wonder a lot of conservatives are calling Trump’s Christianity into question. But not Fox News’ Todd Starnes. Instead, Starnes is lashing out against conservatives who doubt Trump’s faith. Because if Trump says he’s religious, who are we to judge what’s in his heart? 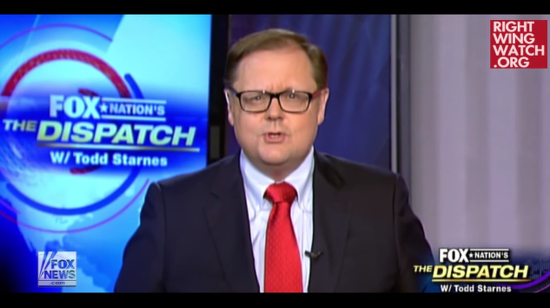 Starnes jumped to the GOP presidential frontrunner’s defense, using his daily bulletin to criticize Christian leaders “who are attacking Donald Trump” and deriding them as “modern day Pharisees” who are “casting judgment” and conducting “a theological witch hunt.”

He similarly told “AFA Today” that evangelical leaders want to subject Trump to “some sort of a theological trial in front of the Liberty University student body as if he had to confess all of his sins and transgressions.” “I really think that was sort of sad that it’s come to this in evangelical Christian circles,” he added.

In fact, the Todd Starnes of today must be furious with Todd Starnes circa 2014, when he questioned President Obama‘s faith. Because the guy who actually quotes the Bible and talks about his personal beliefs had to be faking it.

You know what? You don’t even have to go that far back to catch Starnes being a hypocrite.

In fact, Starnes himself was questioning Trump’s supposed Christianity as recently as — I’m not even joking — Thursday morning. 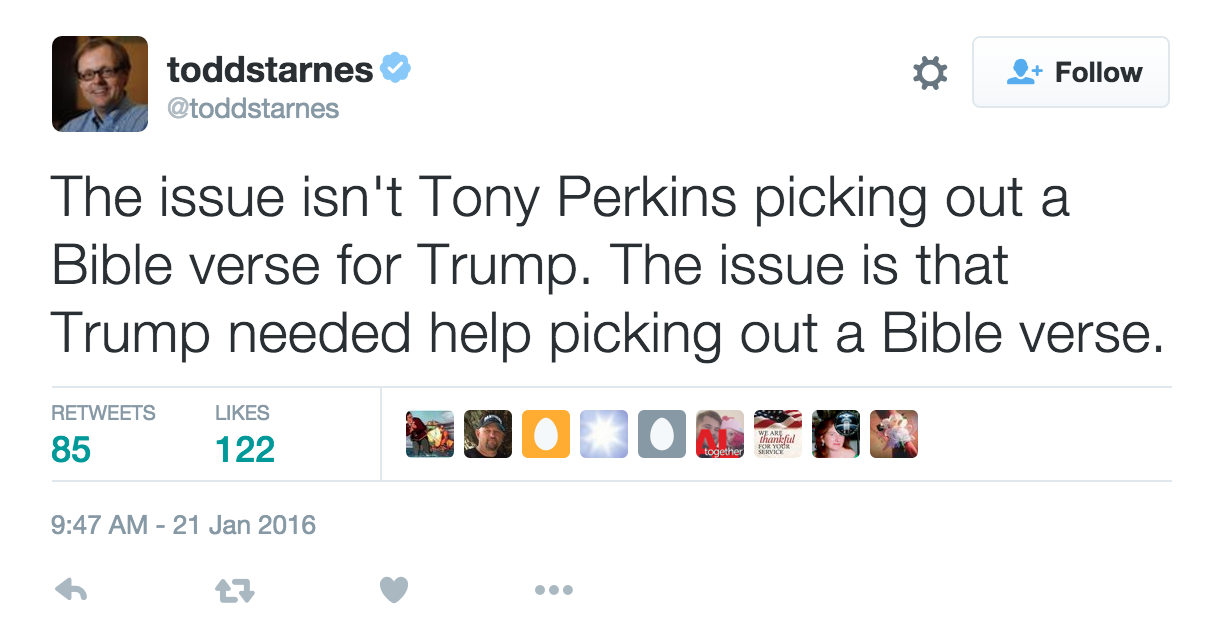 How the hell can someone live with that much cognitive dissonance…?