Because there are no other problems in Kansas, State Senator Mitch Holmes has decided to tackle the real issue affecting people in the state.

He wants women who testify in front of the Senate Ethics and Elections Committee (which he chairs) to cover themselves up. He issued an 11-point code of conduct and Item 2 on that list focused on what people could wear. He wants “professional attire,” which might be fine, but he made sure to spell that out in detail for the ladyfolk: 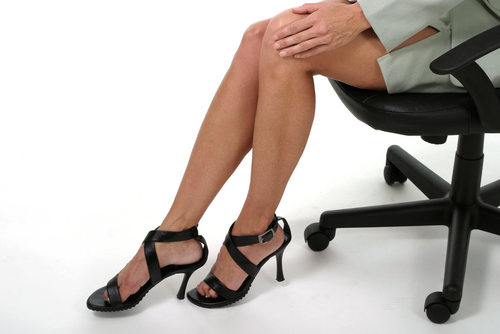 He offered more detailed guidance to women conferees because he had observed provocatively clad females at the Capitol. Revealing too much of the body during testimony to the Senate committee is a distraction, he said.

“For ladies,” the rule says, “low-cut necklines and mini-skirts are inappropriate.”

Four women senators — two Republicans and two Democrats — said no chairman ought to place gender-specific demands on Kansans who were inspired to share thoughts on public policy with legislative committees.

“Oh, for crying out loud, what century is this?” said Sen. Laura Kelly, a Topeka Democrat.

You’d hope that a senator, even if he were distracted by what a woman was wearing, would just get over it and focus on what the guest is saying. Is he going to refuse to listen to a woman speak if she happens to have a bigger chest? Is he going to make her put on a robe before she speaks about ethics violations? What about men who aren’t in suits? Are they a distraction, too?

Here’s a better idea that doesn’t require a new policy: If people testify to the subcommittee and Holmes doesn’t like what they’re wearing, he can turn his damn chair around and face the wall. Then the adults in the room can then get back to work.