Saudi Top Cleric Claims That Chess Is the Devil’s Game

We all know that for mere mortals, seeing more than four or five moves ahead in chess is devilishly difficult. Now we find that in Saudi Arabia, chess is actually the work of the devil.

Is it because the queens aren’t dressed in burqas? No, but the real reason is just as kooky. Worried sick by the sneaking suspicion that somewhere in the kingdom, smart people might be enjoying themselves,

Saudi Arabia’s top cleric has declared the playing of chess “forbidden,” calling it a waste of time and money that creates hatred between players. 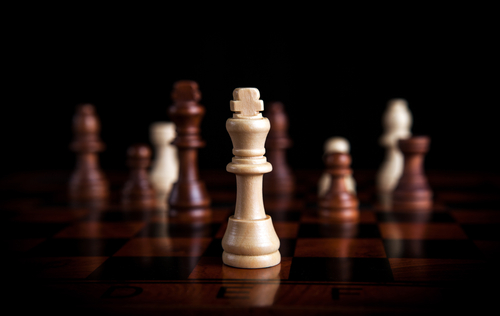 In a fatwa, or religious decree, issued in response to a question from a caller to a Saudi television show, Grand Mufti Sheikh Abdulaziz Al-Sheikh said that the game was “the work of Satan,” like alcohol and gambling, despite its long history in the Middle East.

Although the not-so-grand Mufti apparently didn’t object to the fact that the king pieces in chess are usually crowned with a cross, one Saudi player, Musa Bin Thaily, took to Twitter and pre-emptively posted a picture of a chess set whose kings wear the crescent and star, the symbol of Islam.

Me, I prefer atheist chess.

January 22, 2016
In Colombia, Video Supposedly Shows Man Taken Over by Godly Spirit Before He Can Stab Priest
Next Post