In Ireland, Non-Catholics Are Demanding Equal Access to Public Schools

There’s a serious problem in Ireland right now where the law permits freedom of religion, as you’d expect, but it also says schools can give preferential treatment to students of particular religions.

The dilemma comes into focus when you realize that 97% of state-sponsored primary schools are Catholic in nature. 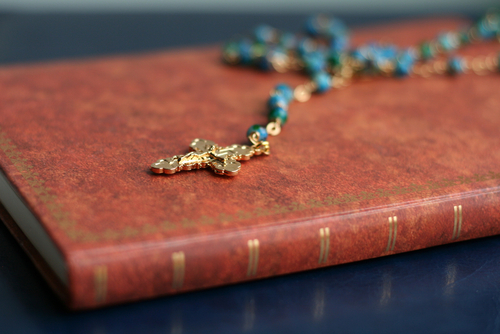 The New York Times‘ Douglas Dalby reports on the growing backlash against state-sponsored schools that reject students who haven’t been baptized:

That has left increasing numbers of non-Catholic families, especially in the fast-growing Dublin area, scrambling to find alternatives for their children and resentful about what they see as discrimination based on religion.

Nikki Murphy’s son, Reuben, 4, was rejected by nine local schools in south Dublin last year because he was not baptized. Forced to delay Reuben’s formal education by a year, she is frantically seeking alternatives for next fall. But Ms. Murphy, who is 36 and describes herself as “nonreligious,” said she would not baptize her child simply to gain access.

“We believe the discrimination in entry policies and the religious ethos that permeates schools runs contrary to Irish law and certainly to international law on human rights,” [advocacy group Education Equality‘s] chairwoman, April Duff, said, “and as an organization we are planning to challenge their legality.”

Ireland, you may recall, still has a blasphemy law in its books, too.

It’s appalling that a modern republic — one that should be above religious law — is still governed by archaic thinking like this.

You expect to see this sort of faith-based nonsense in Islamic nations. But Ireland shows us that the problem is religion, period, not one particular belief system. Catholic leadership in Ireland is purposely making it more difficult for certain children to obtain an education. This should be a non-negotiable issue. Instead, it’s a political fight and the kids are losing.