A lot of prominent websites recently reported on a survey that revealed a crisis in civic education.

The headlines were all variations on this: “10% of college graduates believe Judge Judy is on the Supreme Court!” 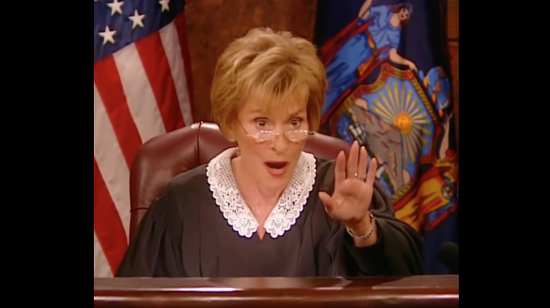 The survey of more than 1,100 students, conducted by the American Council of Trustees and Alumni, did indeed ask students who was on the Supreme Court.

But this was the actual question:

Q1. Which of the following people serves on the U.S. Supreme Court?

61.6% of college graduates gave the right answer: Kagan. And we can talk about how that’s frighteningly low.

But if you didn’t know that, then Judith Sheindlin (the actual name of “Judge Judy”) makes as much sense as the other answers. If it actually said “Judge Judy,” I’m sure that percent would have been much lower.

We should be far more disturbed that 21.7% of college grads think “Lawrence Warren Pierce” is on the Supreme Court, since that was the most popular wrong answer.

It’s disappointing that the makeup of the Supreme Court isn’t common knowledge for a lot of people. I agree there’s a crisis in civics. People don’t understand how our government works, and those people are the ones most likely to be duped by politicians when they say outrageous things.

(Thought experiment: Of the people who wrongly believe Judge Judy is on the Supreme Court, who do you think they’re supporting for President? I have to believe Donald Trump is leading that pack while someone like Bernie Sanders is near the bottom.)