Back in March, the Center For Inquiry’s CEO Ron Lindsay announced that he’d be retiring at the end of the year, voluntarily stepping down as head of one of the largest Humanist organizations in the world. There was no hint of who would take his place or what big changes would occur after he left.

But that’s changing today. CFI just announced that it will be merging with the Richard Dawkins Foundation for Reason & Science at the end of the month. Current RDF President Robyn Blumner (below) will become CEO of the newly combined group, which will retain the CFI name. 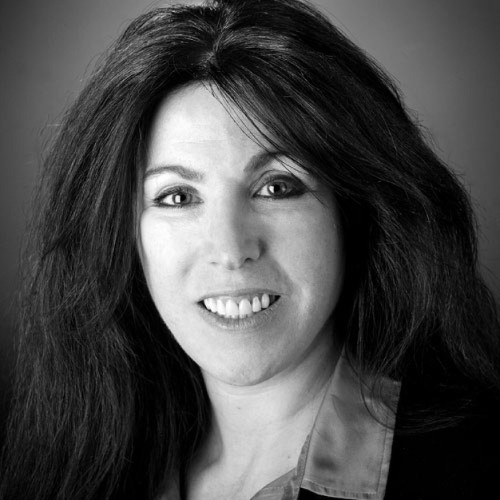 With a multi-million dollar budget and a staff of several dozen employees, that will make Blumner one of the most Powerful Women in the World of Organized Atheism™.

To be fair, that’s kind of like being the highest rated show on Fusion. It’s worth celebrating, but most people outside the community won’t care. (While women run a number of atheist organizations, only Annie Laurie Gaylor, Co-President of the Freedom From Religion Foundation, has a budget and staff in the same stratosphere.)

Blumner was named the President of RDF two years ago. Before that, she wrote for the Tampa Bay Times and led two state affiliates of the ACLU. My interactions with her over the past couple of years have been incredibly positive.

It sounds like a win-win for both sides. CFI gets the Dawkins stamp-of-approval along with a way to tap into his large fan base and web presence for events, disaster relief efforts, and donor drives. The Dawkins Foundation gets the stability that comes with a greater budget, larger staff, and physical branches around the country, not to mention the opportunity to piggyback on top of a much larger organization in order to further its own agenda of teaching science and advancing secularism.

And who knows? If this works, maybe other groups will consider merging in the future, too. There’s no shortage of niche groups in our movement — serving women, African-Americans, Ex-Muslims, etc. — that could benefit from the direct support of larger organizations.

(On a philosophical note, CFI has historically been known for its promotion of Secular Humanism while Dawkins is obviously Mr. Atheism. While that’s a distinction without a difference for most people, I wonder if any CFI loyalists will be upset.)

The merger should be finalized (on paper) by this spring.

The principle figures said the following in a press release:

“I am absolutely delighted that I’m closing out my tenure at CFI by helping to bring about a merger between RDFRS and CFI,” said Ronald Lindsay. “Both organizations share a vital common mission, and together we can accomplish much more. And, of course, CFI looks forward to the benefit of close collaboration with Richard Dawkins, indisputably one of the preeminent public intellectuals of our time.”

Robyn Blumner observed, “Secularism is on the ascendency in the United States and beyond. Science has proven to be the engine of human progress. Bringing more resources and ambition to promoting these forces of reason is what this merger is about. I am thrilled to be tapped to lead this joint effort and expand on what Ron Lindsay has built.”

“I am very pleased that my foundation is about to join forces with the Center for Inquiry,” said Richard Dawkins. “CFI is the biggest player in the secular / non-religious / skeptical world, and I like to hope that RDFRS will have something to add to its already flourishing enterprise. In turn, among our projects which will benefit from a larger team of professionals are Openly Secular and the Teacher Institute for Evolutionary Science (TIES). I look forward to adding my voice to CFI’s focus on promoting secular humanism and fighting the proliferation of pseudoscience. I am also especially delighted that Robyn Blumner, the present CEO of RDFRS, is to become the President and CEO of the whole organisation. Ron Lindsay is truly (forgive the cliché) a hard act to follow. If anyone can do it, Robyn can.”

Both groups have offices in Washington, D.C., which will now be combined, though CFI’s headquarters will remain in Amherst, New York.

January 21, 2016 Hollywood "Medium" Tyler Henry, Whose Show Premieres Sunday, Wants to Specialize in Suicide Victims
Browse Our Archives
What Are Your Thoughts?leave a comment