The Upside-Down Cross Outside a Florida City Hall Now Has a Government-Approved Disclaimer January 20, 2016 Hemant Mehta

Yesterday, I mentioned that activist Chaz Stevens had countered a Nativity scene, Christmas tree, and menorah outside City Hall in Hallandale Beach, Florida with a giant upside-down cross that reads “In Chaz We Trust. All others pay cash.”

That’s what happens when a local government allows religious displays on public property — they can’t say no when someone else makes a very unpopular request.

But get this: Last night, Stevens saw that the city had erected a sign next to his cross: 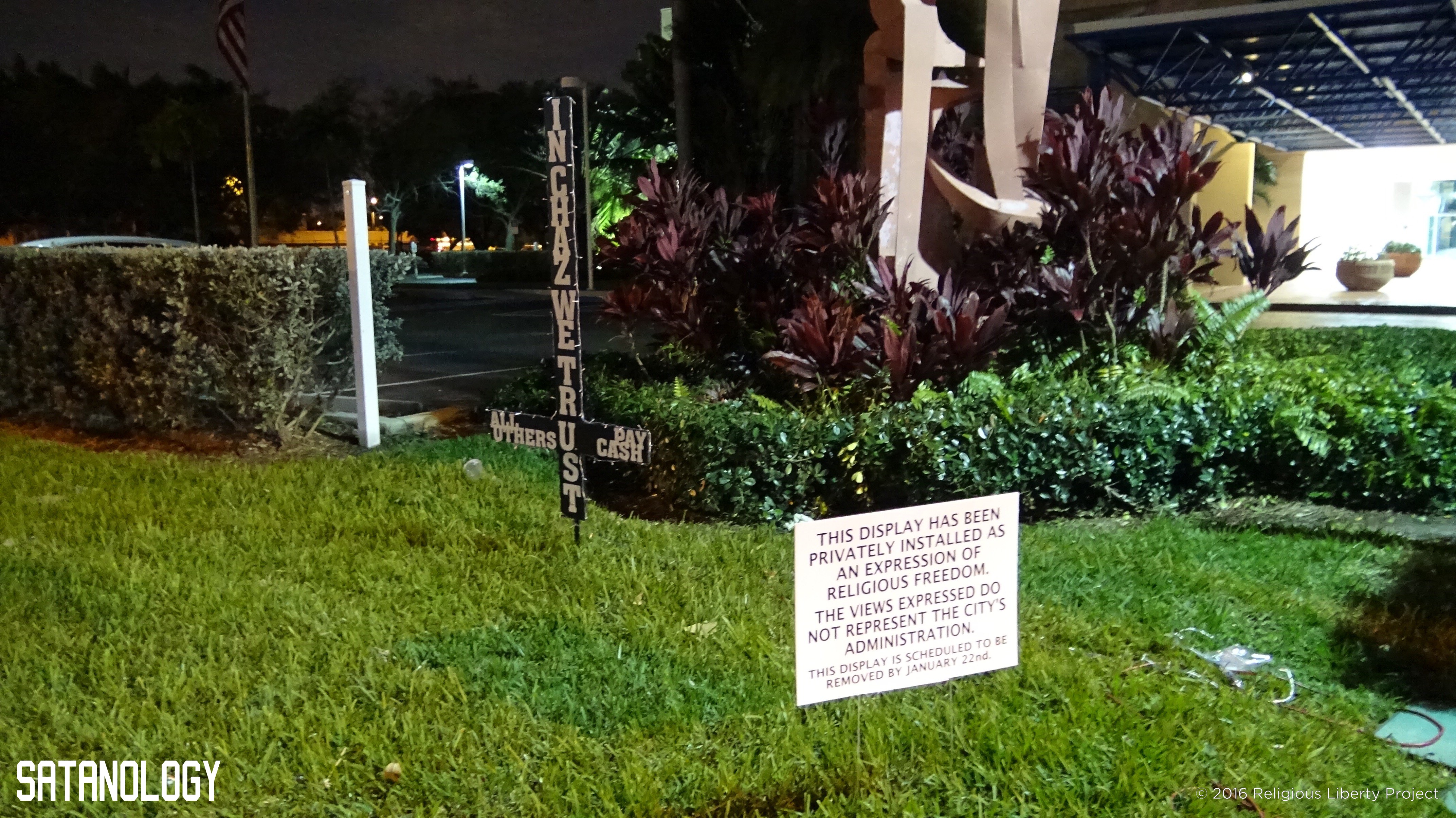 This display has been privately installed as an expression of religious freedom.

The views expressed do not represent the city’s administration.

This display is scheduled to be removed by January 22nd.

All of that is perfectly fine. I have no problem with city disclaimers like this.

But where was this sign when the Nativity scene was up? Because they sure as hell didn’t feel the need to distance themselves a month ago.

Stevens told me that he filed a public records request to figure out the conversation that led to this sign.

January 20, 2016
After Ben Carson Tweets "In God We Trust" Support, Atheists Push Back with "E Pluribus Unum" Selfies
Next Post

January 20, 2016 Christian Blogger Dismisses Donald Trump as a "Godless" Tyrant
"https://media.giphy.com/med..."
WallofSleep Orthodox Christians in Cyprus Are Protesting ..."
"Now with this statement you're erasing transgender people.Disagreeing with the statements of one trans person ..."
Holms Preacher Andrew Wommack: Trans Rights Supporters ..."
"Each one worse (and more Texan) than all the others."
red-diaper-baby 1942 Conspiracist: I Pretend to Be a ..."
"I'm old skool. I use a pirated copy of windows 98. O_o"
Cozmo the Magician Conspiracist: I Pretend to Be a ..."
Browse Our Archives
What Are Your Thoughts?leave a comment