The other night, Dr. Ben Carson tweeted his support of the phrase “In God We Trust,” in response to news that atheist Michael Newdow was leading a team of people (mostly atheists) in a lawsuit to get the phrase off U.S. currency. 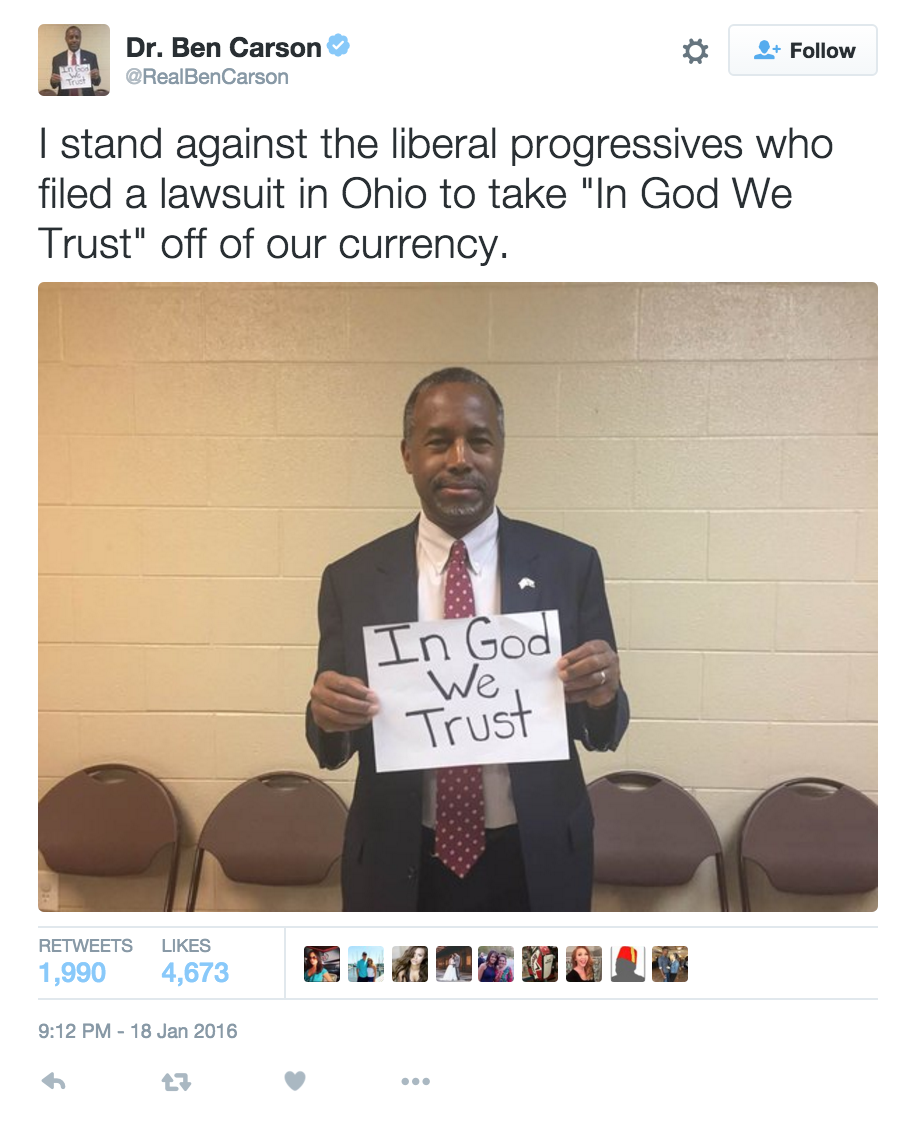 I stand against the liberal progressives who filed a lawsuit in Ohio to take “In God We Trust” off of our currency.

Ben Carson. Taking a bold stand in favor of what most people already think. Very courageous.

Anyway, The Original Motto Project, a group with the intention of restoring “E Pluribus Unum” as our national motto, is urging people to take selfies holding a sign with that phrase. 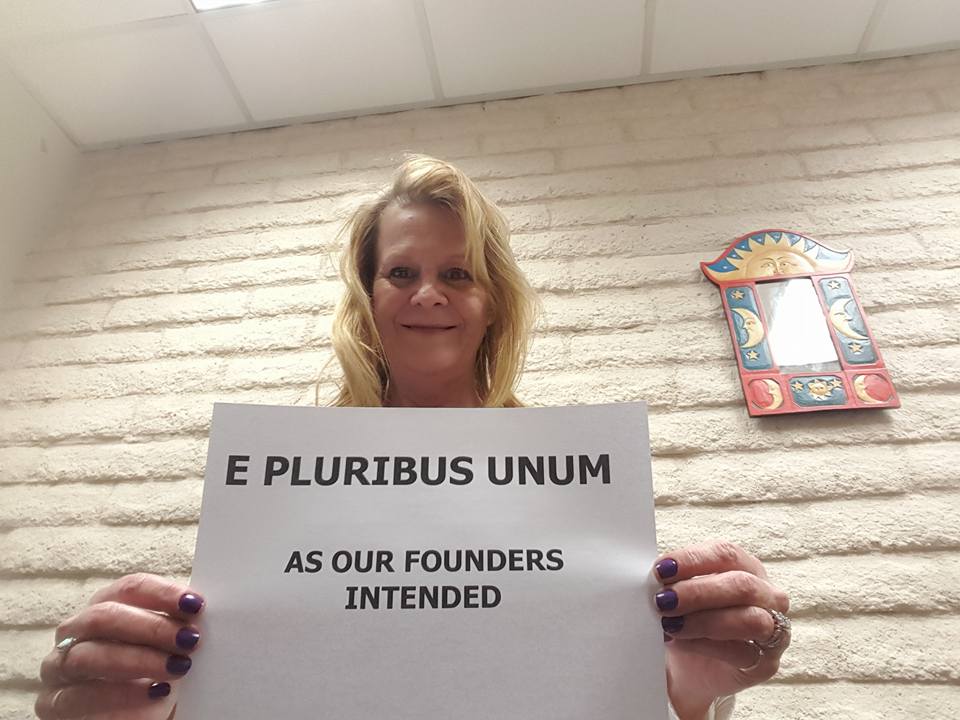 We thought is would be a great idea to have our own spot to show support for E Pluribus Unum. If you want to submit your own photo email it to epluribusunum@originalmotto.us or tag us on Facebook or Twitter #EPUselfie

It’s one way to push back against a religious motto that never should have become our motto or made its way onto our money.

January 20, 2016
Try These Biblical Pick-Up Lines on Someone
Next Post

January 20, 2016 The Upside-Down Cross Outside a Florida City Hall Now Has a Government-Approved Disclaimer
Browse Our Archives
What Are Your Thoughts?leave a comment