If you visited Hallandale Beach, Florida over the holidays, you would have found a Nativity scene, Christmas tree, and menorah up by City Hall. They obviously have an open forum for these kinds of things.

It prompted Chaz Stevens, the activist best known for putting up Festivus Poles on government property, to take his trolling to new heights.

He asked for and received permission to place outside City Hall this upside-down cross that reads “In Chaz We Trust. All others pay cash.” 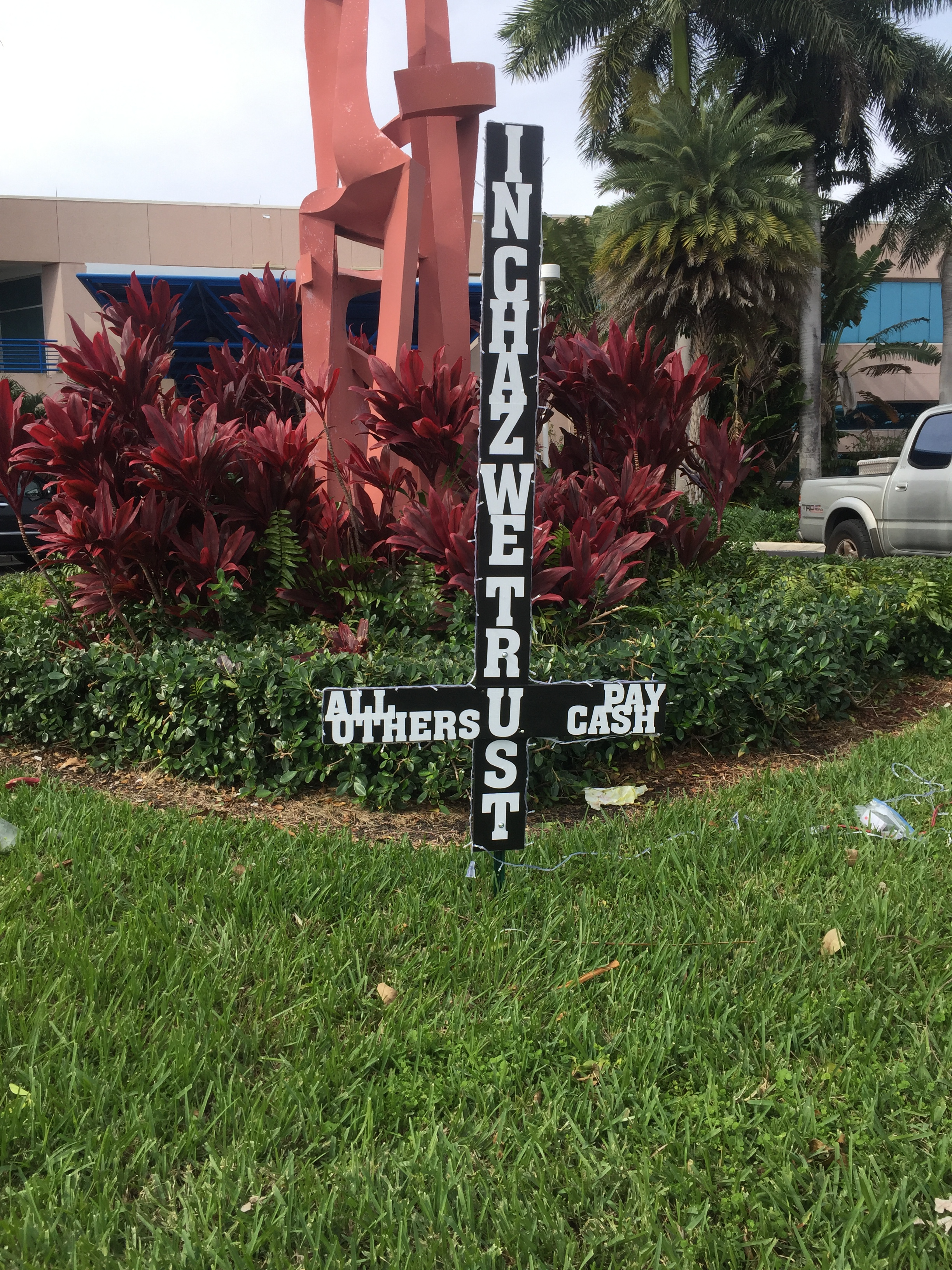 I suppose they should be grateful it doesn’t say “In Satan We Trust” as originally intended. But after Stevens agreed to the change, the display went up:

“I would prefer to accommodate [him] rather than risk a lawsuit,” Commissioner Keith London said during a meeting Wednesday.

This is what happens when you open the door to religious displays — you have to say yes to ones that are going to be massively unpopular. If city officials don’t like Stevens’ cross, they can shut down the open forum.

Until then, you know where to place your trust.