This Really Would Be the Best Star Wars Action Figure January 18, 2016 Hemant Mehta

This Really Would Be the Best Star Wars Action Figure

But he quickly learned that Star Wars had nothing to do with it. 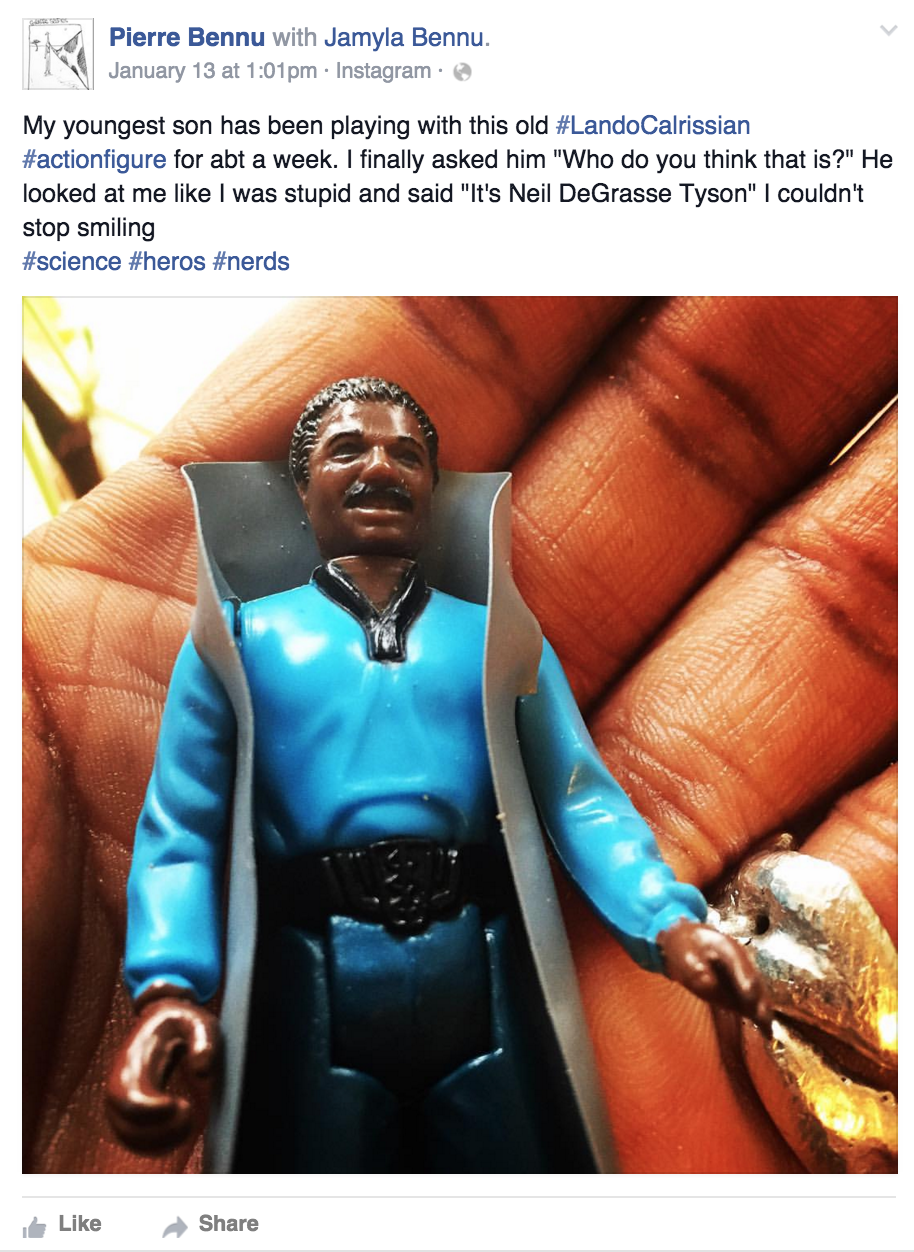 My youngest son has been playing with this old #LandoCalrissian #actionfigure for abt a week. I finally asked him “Who do you think that is?” He looked at me like I was stupid and said “It’s Neil DeGrasse Tyson” I couldn’t stop smiling
#science #heros #nerds

You know, if Neil deGrasse Tyson really was in the Star Wars movies, I might finally get around to watching one of them…

The only question now is what superpower the Tyson action figure has. I assume it’s the ability to sniff out bullshit from miles away.