Supreme Court to Decide if Churches Are Eligible for State Grants to Renovate Their Property January 18, 2016 Hemant Mehta

On Friday, the Supreme Court agreed to hear a church/state case that could poke a large hole in the wall of separation between them.

It involves the Trinity Church of Columbia (Missouri). The church runs a Christian preschool and they wanted to renovate the playground. As it turns out, the Missouri Department of Natural Resources has a special program offering money for just that reason. So the church applied for a grant in 2012.

There were 44 applicants that year, but the state only had cash to fund 14 of them and the church didn’t make the cut. Even though reports later came out that they ranked 5th out of the 44 applicants. 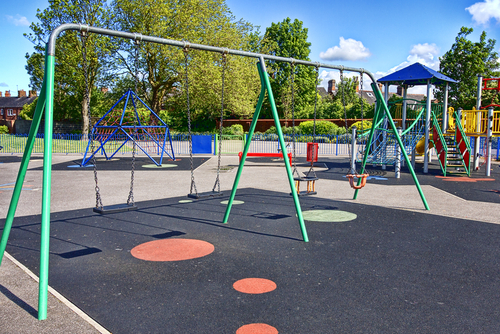 To no one’s surprise, the church felt this was an injustice and filed a lawsuit against the state. They said it was wrong for the state to deny its application just because they were religious. While there were some other technical problems with their case, the end result was that the lawsuit failed.

A couple of months ago, they asked the Supreme Court to consider their case. And that’s what the Court agreed to do this past Friday. Given the Court’s makeup, this is bad news waiting to happen.

Consider this: If the church wins this case, the ruling would essentially be saying that secular aspects of religious institutions could be funded with public money. So if Liberty University wanted to build a new gym on campus (that would, at least on paper, be open to the public), taxpayers could theoretically have to pay for it. If a church playground is deemed secular, then what about its other buildings that host more than just church services? What about lakes on the property that are used for baptisms but are said to be for the community. What’s the line between church space that’s used for religion and space that’s for “everyone” and therefore eligible for government-sponsored upgrades?

Bear in mind that Trinity’s preschool playground is still on their property. The kids who use it would still be subject to proselytizing in other, less direct ways. Why should the government give money to beautify a church, making it easier for the church to draw in new members. That’s an endorsement of religion, even if taxpayers aren’t funding religious programs.

If churches want access to taxpayer money, then churches should pay taxes. It’s that simple. They can’t have it both ways.

That’s what Americans United is arguing:

Oral arguments in Trinity Lutheran Church of Columbia, Inc., v. Pauley have not yet been scheduled.

January 19, 2016 God's Memory Aid Isn't Very Helpful, Is It?
Browse Our Archives
What Are Your Thoughts?leave a comment