Scientists Pat and Peter Shaw, Rejecting “Religious Do-Gooders,” Ended Their Lives on Their Own Terms

At the end of their time on earth, Pat and Peter Shaw, a biochemist and an explorer/meteorologist, respectively, could look back on lives well lived. The suicide pact between the two, in which they knowingly took lethal drugs, was no act of desperation.

Their cultural and intellectual pursuits were many — classical music, opera, literature, wine, arguments over dinner with their many friends. They donated 10 percent of their annual income to political and environmental movements. Family events were spent thoroughly debating the topics of the day [with their three daughters].

As their capacity declined, the conversation about ending their own lives became more serious and their rejection of what Peter called “religious do-gooders” became more fierce. “It was also a way into their favourite topics; philosophy, ethics, politics, the law …,” says their youngest daughter, Kate. “The idea that their end-of-life decisions could be interfered with by people with the superstitions of medieval inquisitors astounded them, and alarmed them.” 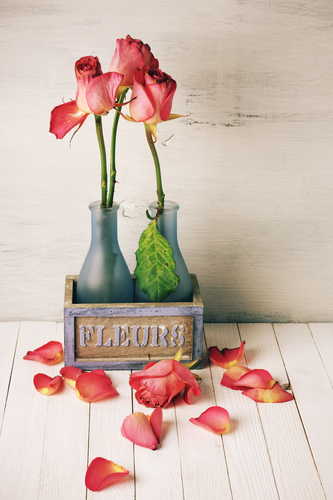 In April, Peter … was laboring. He sat down at his computer and typed a letter to his daughters. … “My head swims,” he wrote. “When I am reading, I can’t follow a difficult argument, so I give up, telling myself that it doesn’t matter, and I will read something else. I have just now been reading the history and politics arguments at the end of the latest Quarterly Essay and I am very disappointed that I can’t follow them. My condition is getting worse bit by bit, slowly week by week. On top of all this, my eyesight and hearing are no good, my pulse is occasionally irregular. So how long can it go on? Weeks? Months? As you all know, I am not afraid of dying but I am dead scared of incompetence.”

Pat was also troubled by her old age. Arthritis was corroding her joints and she was getting dizzy, putting her at risk of another fall [she’d broken her thighbone in an earlier one]. She had swollen knees and hands, and was finding it increasingly difficult to get out of bed and out of chairs.

Within months, the Shaws decided it was time. In late October, the day after Pat’s 87th birthday, during which they’d shared a final, memorable meal with their daughters,

… the sisters embraced their mother and father and left. There were no tears. They walked out of their family home and walked down to the cafe where Peter regularly sipped coffee during his “morning totters” with his friend Frank. They wandered on the beach where they had grown up, and waited.

When they returned later that afternoon, they discovered that Pat and Peter Shaw had indeed passed away.

The plan had worked and there was no sign of suffering. Peter and Pat had set out to end their lives in a meticulous, scientific fashion without any fuss, just as they had lived. … To erase any doubts about their deaths, [they] had both written suicide notes. Each said they had died by their own hand, with no assistance or pressure from others. In a letter left with his solicitor and titled “To be opened after my death”, Peter had written that he was “sane, quite good-humoured, and not at all depressed”. He said he was making a rational decision. “I am not religious, and I look forward calmly to a sleep from which I will not wake,” he said.

You’re reading about the Shaws now because the Australian paper The Age just published a beautiful, respectful multimedia piece about them, here.

One of the more distressing passages concerns the naysayers:

Most [reactions] have been deeply supportive. But a couple have passed judgement. One friend suggested Peter and Pat had been selfish for leaving their daughters. Another acquaintance hinted to the daughters that they must not have offered enough support. Why would their parents leave them if they knew they would be cared for?

These are the usual variations on the death-with-dignity theme. The loved ones of Brittany Maynard, the young American woman who ended her life last year before her brain tumor could, had to endure similar responses, and worse.

I salute the Shaws, and Maynard, and all the brave people who are in same boat and chose to go out with mental and moral clarity, with a fierce desire for self-determination, and with their dignity intact. If circumstances dictate/allow, I intend to shuffle off this mortal coil in the exact same manner.

And although it will make no difference to me once I’m gone, I hope for the sake of my three daughters that the thoughtlessness and superstitions surrounding such chosen exits will have greatly abated, making way for understanding and respect. No thanks to religion, I’m sure we’ll eventually get there.

January 18, 2016 Donald Trump Visits Liberty University to Win Over Evangelicals, Then Bungles Bible Verse
Browse Our Archives
What Are Your Thoughts?leave a comment