President Obama said a few months ago, “If I presented a cure for cancer, getting legislation passed to move that forward would be a nail-biter.” He’s unfortunately right. Political pressure can derail even the most obvious of bills.

That example is hypothetical, but a real example just happened in Pakistan, where a bill to ban child marriages has been blocked by Muslim extremists. 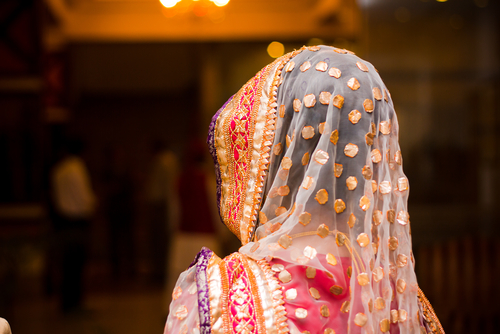 The ruling party politician who introduced the bill, Marvi Menon of the Pakistan Muslim League party, withdrew it after the Council of Islamic Ideology (CII) dubbed the bill “blasphemous”.

He said: “Parliament cannot create legislation that is against the teachings of the Holy Quran or Sunnah.”

The Council of Islamic Ideology functions as an advisory group to the Pakistani Parliament, making sure legislation is always compliant with their interpretation of the Qur’an.

The same group said in 2014 that it was okay for girls as young as nine to get married if “the signs of puberty are visible.”

Its recommendations are non-binding, and it has drawn widespread criticism in the past for other rulings — including in 2013, when it suggested making DNA inadmissible evidence in rape cases, instead calling for the revival of an Islamic law that makes it mandatory for a survivor to provide four witnesses to back their claims.

Why would anyone take their advice about anything? Because the Qur’an. That’s why. It’s the kind of bullshit you expect to see in any nation where a holy book trumps common sense.

(via The Washington Post. Thanks to Gunnar for the link. Image via Shutterstock)

January 18, 2016
The Most Disturbing Messages from Christians Found on the #ThingsTheGodlySay Hashtag
Next Post

January 18, 2016 Scientists Pat and Peter Shaw, Rejecting "Religious Do-Gooders," Ended Their Lives on Their Own Terms
Browse Our Archives
What Are Your Thoughts?leave a comment