Forget the Advice on Cracked; These Atheist Arguments Can Genuinely Help People

Writing for Cracked, atheist Luke McKinney offers a list of arguments that we should stop making because they’re ineffective at winning people over to our side. Or, to put it in his words, they’re “not helping anyone.”

That’s a fair premise. If there are things we say that are off-putting, let’s educate ourselves and stop perpetuating those ideas.

But the list he presents is far off the mark. 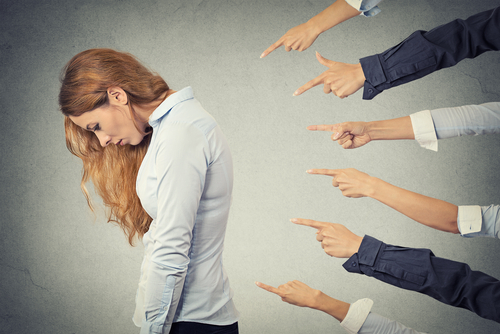 It’s true that saying there’s no “proof” of God’s existence won’t help people who already say it’s all about faith.

The problem is that a lot of religion people say there is proof. All you have to do is open up a book by a Christian apologist to find claims of “evidence” in support of God’s existence. And how many believers accept a virgin birth and Jesus coming back to life — both of which defy science?

Making the argument that there’s no evidence of any of this is important when you’re talking to people who don’t just say it’s all faith.

The most common such question is “Why does a god let bad things happen?” It’s an excellent question, but one the everyday believer on the street has no need to answer, or have answered for them. Again, that’s what having faith means. “God works in mysterious ways” and all that. You aren’t going to change any minds by reminding religious types that serial killers exist and tsunamis happen.

McKinney is giving people of faith a lot of credit. The problem here is that a lot of people have never thought about any of this. It’s good to put them on the defensive. Make them realize that when they say (for example) God saved one person from an awful car accident, it also means God wanted everyone else to die. If God moved a tornado so it wouldn’t hit you, it must mean God wanted to kill those other people in its path. Just because they can rationalize it doesn’t mean the thought experiment won’t stick with them.

#3. “The Bible/Torah/Quran/Tripitaka/Whatever Is Full of Screwed-Up Stuff!”

But most quietly religious people don’t adhere to religious texts in a literal kind of way. There’s a word for people who do, and that word is “fundamentalist.” If the person you’re arguing with falls into that category, then chances are they’ve spent years reading those texts and internalizing their literal meaning. Nothing you say is going to cut through that in the slightest. That’ll take years of deprogramming.

This is just bullshit. Even people who don’t interpret their holy books literally think those books are full of wisdom and goodness and nothing else. Their pastors quote the Bible liberally.

Reminding them that their own holy books are full of the same kind of awful content they condemn every other religion for is incredibly important. It’s a reality check that they sorely need.

Religions don’t start wars; they’re just excellent excuses for them. And I don’t know if you’ve noticed, but it’s not like allegedly civilized nations have stopped killing the hell out of each other. They just substitute “god” with “freedom” and get on with it.

First of all, religions do start wars — or at least people who have a warped interpretation of their religion start wars.

It’s true that if we eliminated religion, war wouldn’t go away. But if you could cure people from believing irrational dogma, it would be a lot harder to justify those wars.

Bad ideas can have bad consequences. It’s not stupid to remind people of that.

#1. Any Argument Aimed At An Individual

You have no idea how someone uses their faith. Maybe it’s a comfort in the face of the infinite. Maybe it’s a way of dealing with past trauma. Maybe they just like the idea that their dead loved ones are still around somewhere. As long they’re not sacrificing victims to a resurrection shrine, it’s not a problem.

There’s some truth to this. You’re not going to get anywhere being a dick to anyone and everyone who’s religious. But when individuals use their religious beliefs to advance harmful ideas (like all those Republicans running for President), hell yes you can criticize them for it.

And you know what? Even if faith brings people comfort and they’re not “sacrificing victims,” it is still a problem. Because accepting one form of irrational thinking opens the door to accepting other forms of it. That doesn’t mean you should tell grandma she’s an idiot for attending church — have some priorities, people! — but I can point you to plenty of atheists who lost a loved one only to be told by “nice” Christians that God just wanted another angel. It’s infuriating.

If individuals don’t want to be criticized for their bad ideas, they should stop having bad ideas.

So is there a better list of things atheists shouldn’t do?

Sure. But it’s not unique to us. It’s the same thing you’d say to anyone who wants to persuade others to accept her point of view.

Don’t insult people when you want them to change their mind.

Don’t ignore their questions just because they’re basic or Google-able.

Don’t start an argument when they clearly aren’t interested in having one.

I’m sure you can add even more to the list.

January 17, 2016
That Viral Photo of a Christian Cross Sunrise Isn't Supernatural... It's Science!
Next Post