Bill Maher: Is President Obama Not Coming on My Show Because I’m an Atheist? January 16, 2016 Hemant Mehta

Bill Maher: Is President Obama Not Coming on My Show Because I’m an Atheist?

On last night’s Real Time, Bill Maher delivered a short monologue about how President Obama has avoided coming on his show despite doing interviews with practically everyone else in the media.

Why was that? Maher wanted to know. For all the support he gave the President, it was only fair, right?

Was it because Maher was a pothead? Was it because of a lack of viewers? Was it the quality of his audience? Maher dismissed every one of those thoughts — but he also brought up the possibility that it was because he was an atheist: 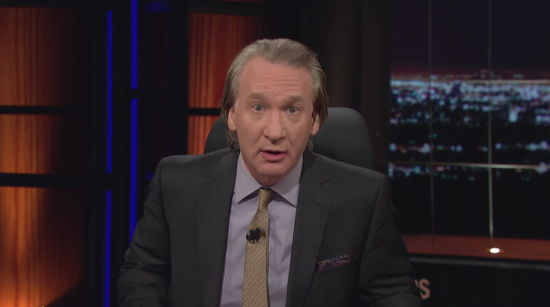 Is it the atheist thing? I know that’s a political “third rail,” to sit down with the Godless, but you know what? Atheists-slash-Agnostics-slash-We Just Want to Sleep in on Sundays is now the second biggest demo in the religious survey! 23% of Americans! Yeah! Don’t we get some respect?

The answer to that question is still no. We’re a huge potential voting bloc for Democrats… yet they barely pay us any lip service. Obama would be doing a huge service by appearing on the show and making a plea for atheists to vote for the eventual Democratic candidate. Not that we would vote for the other side, even if Obama said nothing, but it’s nice to feel wanted, dammit.

Just to get an official response from the White House, Maher asked his viewers to sign an official White House petition to get Obama to appear on his show. If he can get 100,000 signatures in a month, the White House promises to respond. (It took me about 30 seconds and a click on a confirmation email to make it happen.)

January 16, 2016
Bill Maher and Ralph Reed Argue About Whether the Gospels Were Written by Eyewitnesses
Next Post