Why is Rick Santorum Still in the Presidential Race? January 15, 2016 Hemant Mehta

Why is Rick Santorum Still in the Presidential Race?

Rick Santorum, the anti-gay Catholic who, like so many other Republican candidates, invoked God at his Presidential campaign announcement, is still in the race despite literally polling at 0.0%. 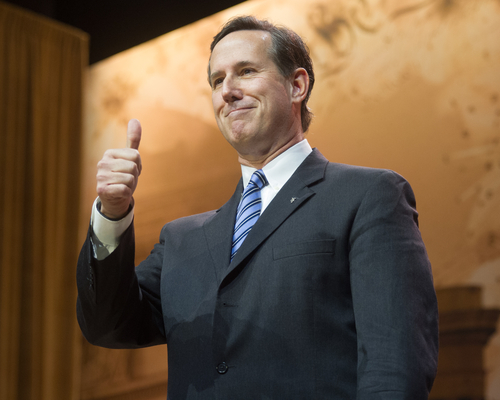 The Onion has the scoop on why he hasn’t dropped out of the race yet.

… Santorum told reporters Friday that he was still waiting for the go-ahead from God to suspend his presidential campaign. “My relationship with God drives every decision in my life, so here I am, still going through the motions eight months into this presidential run, looking for any green light from Him that I can end this thing”…

If it’s in the Onion, it must be true.

Now if only God would release Santorum from his misery.

January 15, 2016
Russian Pastafarian Told He'll Lose His License if Cops Catch Him Without a Strainer on His Head
Next Post