After last year’s Charlie Hebdo massacre, there were far too many people (including some liberals) refusing to join in the “Je suis Charlie” chorus because they said the magazine published too many racist, sexist cartoons. In a way, the critics were suggesting that the cartoonists had, at least to some extent, brought the attacks upon themselves.

We’re seeing a bit of that this week with a cartoon drawn by the magazine’s Laurent Sourisseau (“Riss”). It features Alan Kurdi, the refugee child who was famously found dead, face-down in water last year as his family tried to escape Syria.

The caption for the cartoon basically asks what Kurdi would have become if he had grown up. The answer? One of the people who allegedly sexually assaulted women in Cologne, Germany: 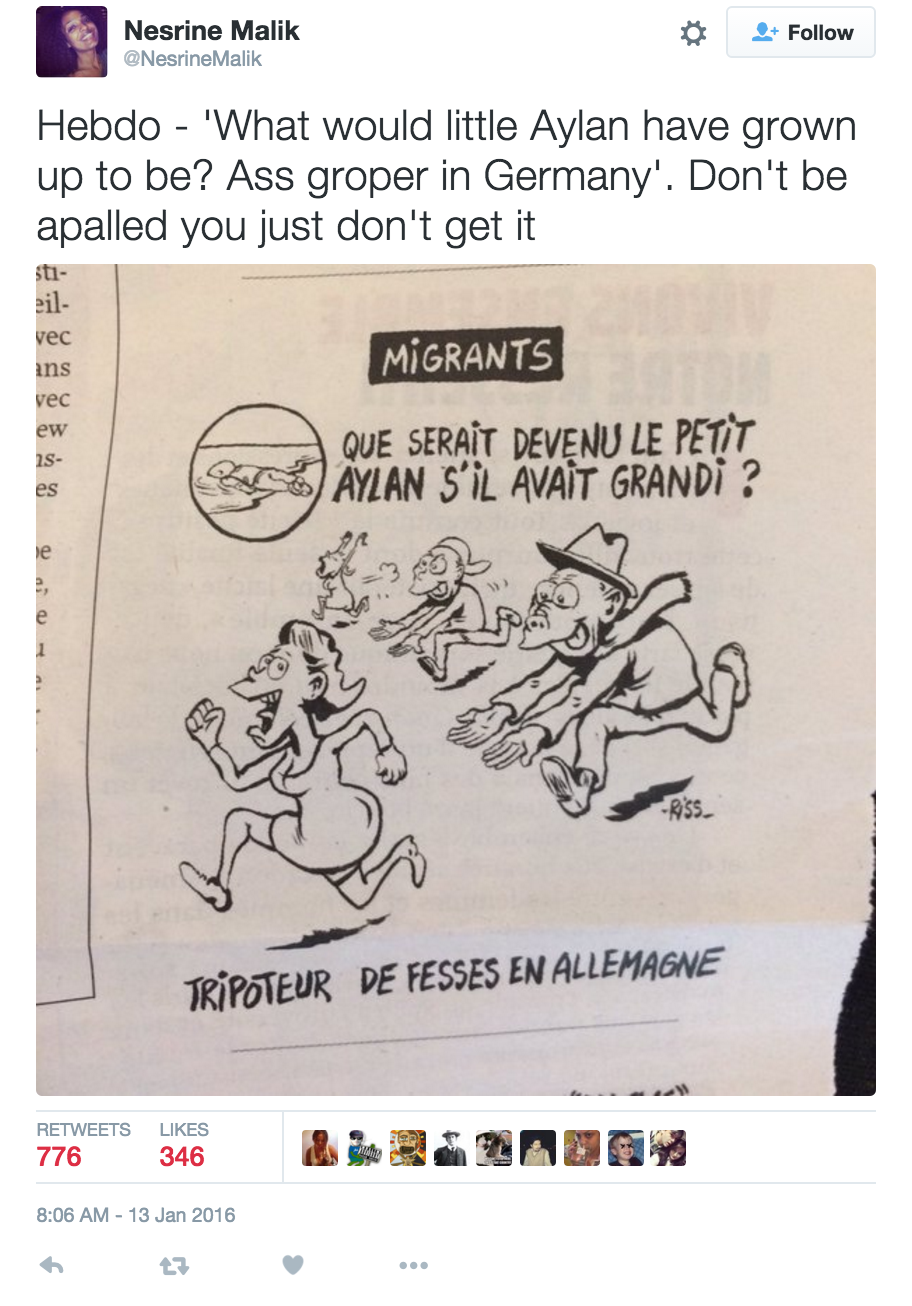 Offensive, right? A lot of people think so. And at first glance, I was put off, too.

It’s a criticism of bigots — like Donald Trump and other conservatives in the U.S. — who think we should close off the borders to all refugees because they’re rapists or terrorists.

Riss is basically saying: Really? All refugees are bad? Even that innocent little boy?

I could understand the argument that the cartoon was insensitive for bringing the child into it. Or that it wasn’t blunt enough for everyone to understand. Or that the wording was too explicit.

But most of the critics are calling it racist, xenophobic, or a cheap shot, as if Riss was mocking the dead kid.

It’s not the first time Charlie Hebdo has published a cartoon like this. When the massacre happened last year, people pointed to this cover as an example of its racist point of view: 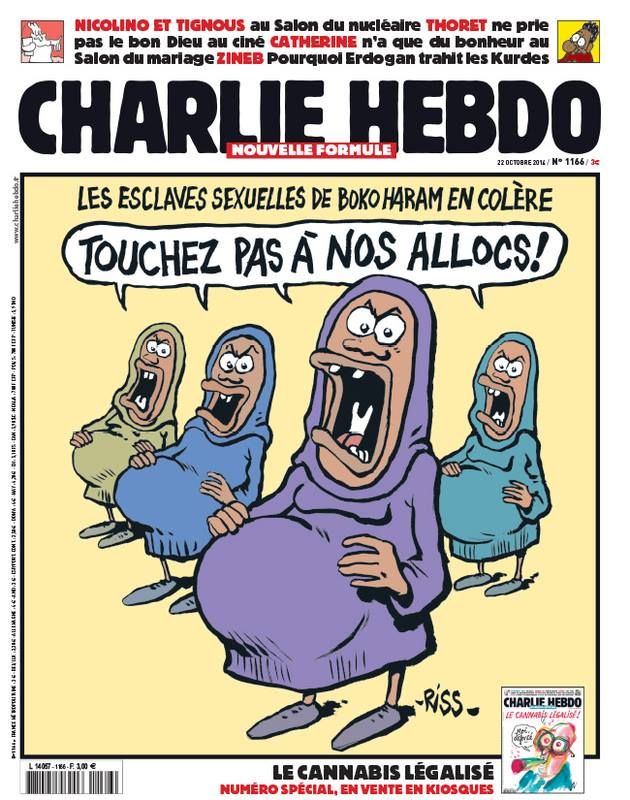 Those would be pregnant Nigerian women saying “Don’t touch our welfare.” The caption above reads “Boko Haram’s sex slaves are angry.”

Seems racist. Until you realize what the cartoon was actually about.

What this cover actually says… is that the French political right is so monstrous when it comes to welfare for immigrants, that they want you believe that even Nigerian migrants escaping Boko Haram sexual slavery are just here to steal welfare. Charlie Hebdo is actually lampooning the idea that Boko Haram sex slaves are welfare queens, not endorsing it.

By the way, you know who drew that cartoon?

It’s not just France, either. The New Yorker published this cover by Barry Blitt in 2008 and it stirred up plenty of controversy at the time: 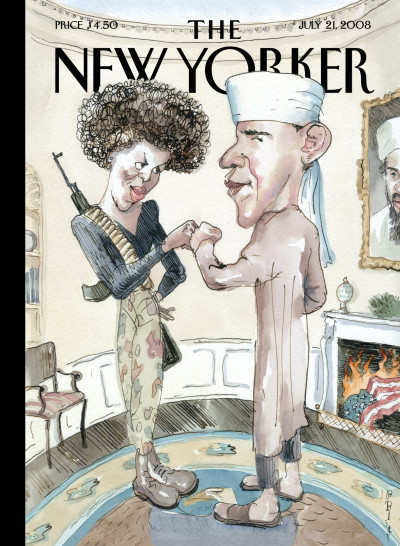 That’s clearly not a shot at the Obamas. It’s a slam on right-wingers who act like that’s what the Obamas are really like.

It’s entirely possible that Charlie Hebdo, just like any satirical publication, will miss the mark, “punch down,” or be offensive. It happens. You can also say this wasn’t a smart or effective way to make a point because it’s so easy to misinterpret.

But it looks like most critics just don’t get the satire.

January 15, 2016 15-Year-Old Pakistani Boy Chops Off Own Hand to Prove He Really Loves God
Browse Our Archives
What Are Your Thoughts?leave a comment