Nashville Bank Robber Accidentally Drops His Bible During the Getaway

Jesus must be whispering some strange messages into the minds of his followers.

When a man in Nashville robbed a Bank of America branch last week, cameras caught him armed with only a Bible.

I guess his ransom note said something like, “If you don’t give me money, I’m going to read this out loud.”

Police are still trying to identify him. 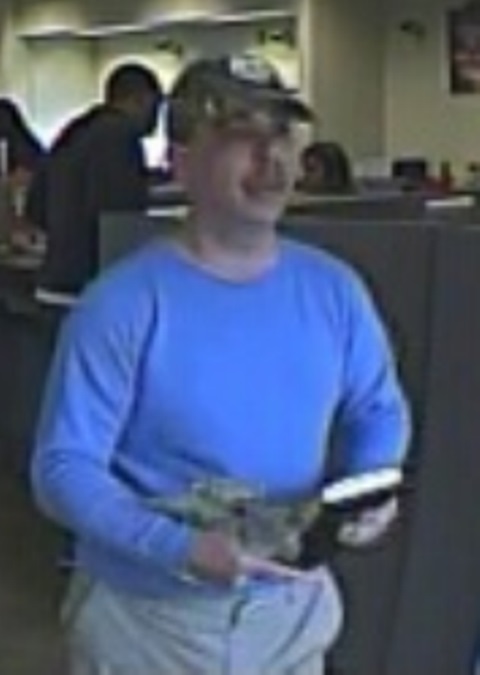 The man, wearing a camouflage ball cap, blue shirt and khaki pants, walked up to a teller carrying a bible and passing a robbery demand note. The teller complied, and the man fled the bank in a red, older model two-door vehicle. He dropped the bible on the way out of the bank.

No weapon was seen.

He is a white man who appears to be in his 40s. He is approximately 5’5” tall and weighs approximately 200 pounds with light brown/red hair and mustache.

Too bad he left his Bible behind. Now how’s he going to read Proverbs 17:16?