The Church of England Just Hit a Milestone in Terms of Low Attendance January 13, 2016 Hemant Mehta

The Church of England has hit a new milestone: Weekly attendance is now less than a million people for the first time ever (or at least since they began keeping track of attendance). 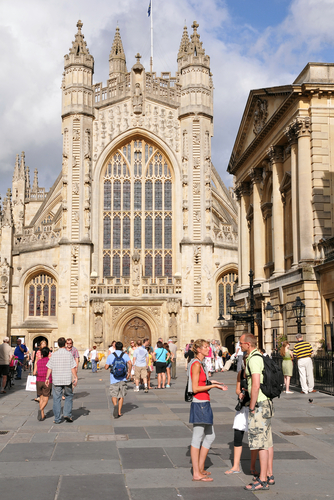 That’s less than 2% of the nation’s population.

The downward trend is the result of old people dying, younger people being less religious, and a culture that doesn’t think much of supposed Christian “morality.”

Speaking at the opening of the Anglican primates’ meeting in Canterbury, the archbishop of Canterbury, Justin Welby, said: “In some parts of the Communion decline in numbers has been a pattern for many years. In England our numbers have been falling at about 1% every year since world war two … The culture [is] becoming anti-Christian, whether it is on matters of sexual morality, or the care for people at the beginning or the end of life. It is easy to paint a very gloomy picture.”

Why it’s the nation’s established church when the vast majority of citizens don’t even attend tells you how hard it is to shake old traditions. There’s a long way to go before its influence fades, but if attendance is any indication, this is only the beginning of a long, beautiful, downward spiral.

(Image via 1000 Words / Shutterstock.com. Thanks to Scott for the link)