Christian Preacher: I Moved Clouds and Stopped a Typhoon Because “I Have Authority Over the Weather” January 13, 2016 Hemant Mehta

Christian Preacher: I Moved Clouds and Stopped a Typhoon Because “I Have Authority Over the Weather”

Basically, she’ll tell any lie to further the word of God. And her followers just accept it all because I guess they haven’t gotten to the part of the Bible with all those pesky Commandments.

The latest lie involves how she commanded the clouds to go away during a video shoot for Pat Robertson‘s The 700 Club (11:45). 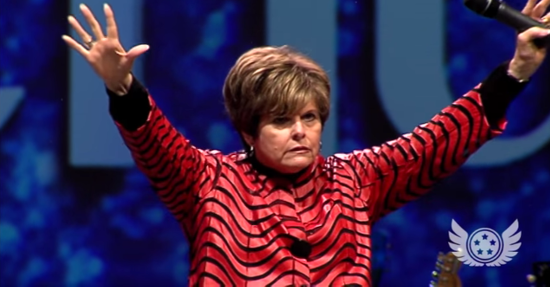 … [A friend] came to me and said, “Cindy, do something!” This is what my friends do to me! “Do something!” And what he meant was “Command the clouds to go away!”

I said, “No problem.” I read that in the book, right? I have authority over the weather, right?…

So I did, I just put my hands up… I lifted my hands and I said these simple words: “In the name of Jesus, I command this cloud layer to dissipate.”

You know what happened? Within a half an hour, NO MORE CLOUDS! Amen? And they got the shoot.

Well, I’ll be damned. It’s almost like, sometimes, rain goes away after a little while. WHO KNEW?!

And then Jacobs went on to explain how she stopped a typhoon in Vietnam within one hour of asking God for help. Because that’s how science works. Also, because God was unaware of the typhoon until Jacobs told Him about it.

Apparently, Jacobs doesn’t give a damn about Hurricane Katrina, Hurricane Sandy, the 2011 tornadoes, climate change, and every weather-related fatality around the world since her God just decided to let those continue as planned. (There were gay people in those areas. He had to get His revenge. Mysterious ways and all that, you know.)