We Can’t Ignore the Cultural and Religious Roots of the Cologne Sexual Assaults January 11, 2016 Hemant Mehta

On New Years Eve, in the city of Cologne, Germany, what was supposed to be a night of celebration turned disturbing very quickly. 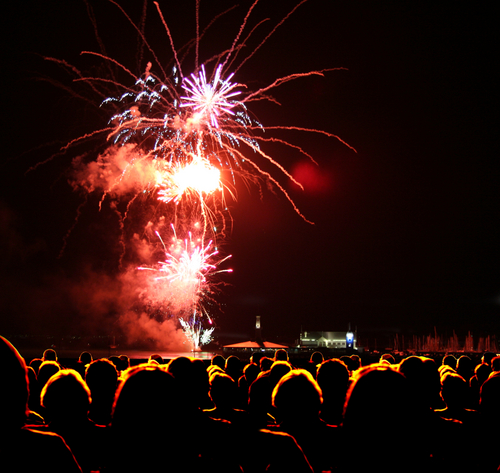 We’ve learned that hundreds of women may have been sexually assaulted or had their property stolen that night by anywhere from 400 to 1,000 men. So far, hundreds of criminal complaints have been filed — and there are likely many more who haven’t done that yet.

How does this sort of thing happen?

Many of the women filing reports pointed the finger at men of “Arab or North African origin” — in other words, the same breakdown as many of the immigrants coming into the country.

It’s unclear whether this was coordinated, though with that many people allegedly involved, it very well could have been.

The whole situation has left German media outlets and politicians trying to figure out how to report this. They have been one of the countries most welcoming to refugees, and yet, this problem may be the result of that generosity. On the flip side, law-abiding Muslims are doing their best to distance their community from the actions of those who may share their faith.

Police said investigators working with video footage have identified 16 young men — mostly of North African origin — who may be suspects and are working to determine whether they committed any crimes. Authorities have not released names for most of the men.

While officials have cautioned against casting suspicion on refugees in general, [Chancellor Angela] Merkel said “we must examine again and again whether we have already done what is necessary in terms of … deportations from Germany in order to send clear signals to those who are not prepared to abide by our legal order.”

Obviously, a lot of details are unclear, and no one wants to see all Muslims (or brown people) punished for the crimes of a subset of people who may see women in a different light due to their religious and cultural beliefs.

What’s certainly unhelpful is Cologne’s Mayor Henriette Reker suggesting that German women change their habits as a result of these reports:

“It is always possible to keep a certain distance that is longer than an arm’s length,” Ms. Reker told reporters on Tuesday, suggesting that the city authorities would provide guidelines for young women who find themselves surrounded by aggressive men trying to grope them.

The victims did nothing wrong and there’s no reason for them to act (or dress or look) differently. The only people who need to change their ways are the men who did this.

Maajid Nawaz, a Muslim who’s been outspoken about the cowardice of the “Regressive Left,” is adamant that liberals can’t ignore this problem, specifically the role that theology and culture play in all this:

Yes, it is racist to suspect that all brown men who look like me are rapists. It is bigoted to presume that all Muslim men who share my faith advocate religiously justified rape. It is xenophobic to assume that all male refugees are sexual predators awaiting their chance to rape. But let me be absolutely clear: What will feed this racism, bigotry, and xenophobia even more is deliberately failing to report the facts as they stand. Doing so only encourages the populist right’s rallying cry against “the establishment.”

He suggests a few solutions that have worked in other countries:

Norway has led the way here, offering voluntary nationwide classes that expand upon Norwegian social and sexual norms to newly arrived migrant men. The German border town of Passau in Bavaria, has already started a similar program for male refugees, while Danish politicians aim to approve the same measure after a string of attacks in Denmark. Among other measures, it is my view that such classes should be mandatory for new arrivals across the continent. These classes should form part of a citizenship, integration, and employment course, before residency permits are provided. In any case, they would help refugees come to grips with the strange new world they have just fled to, and can only make their job prospects better.

This isn’t a German problem. This is a problem that affects all of us who live in countries that are supposed to be melting pots. Freedom of religion doesn’t mean one group’s beliefs get to trump our shared rules, whether we’re talking the treatment of women or abiding by the Supreme Court’s marriage equality decision.

I thought it was hypocritical for people to not call the Planned Parenthood shooter in Colorado a “Christian terrorist” when they would have jumped to that kind of conclusion in a heartbeat if he were Muslim. I thought it was unfair for the white Mormons who took over a federal building in Oregon to be treated like babies when we all know the result would have been very different if they were black.

For the same reason, if the evidence points to these attacks being perpetrated by refugees who come from already persecuted backgrounds, that still can’t be an excuse to avoid the facts.

January 11, 2016 Canadian Group Fights for Abortion Access on Prince Edward Island
Browse Our Archives
What Are Your Thoughts?leave a comment