Greg Gianforte, a wealthy Christian whose family foundation has donated a lot of money to Christian causes including the Glendive Dinosaur and Fossil Museum (a Creation museum), is considering running against Montana Gov. Steve Bullock in 2016. 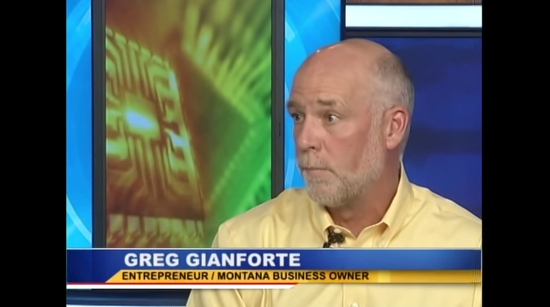 Curiously, though, Gianforte doesn’t talk about his faith very much in interviews. While that would normally be a good thing in my opinion, it’s actually quite disturbing here. For a man who seems to take his conservative Christian views so seriously, you have to wonder what he’s hiding.

… Gianforte may be reluctant to talk about his beliefs because then we might discover what he really believes — about gay people, evolution or any number of hot-button issues.

If he speaks about his beliefs and his donations, it might reveal that he is out-of-touch with many moderate Montanans who have a live-and-let-live outlook practically hard-wired into their DNA. It might reveal that he has some views that should cause us to wonder: If he supports certain religious beliefs, how would an administration treat those who don’t believe as he does?

On the other hand, if Gianforte distances himself from his extreme religious views or organizations, saying how he would govern isn’t shaped by his own personal beliefs, I say, phooey. (Actually, I’d say something a lot stronger, but I don’t want to offend any beliefs Gianforte may or may not have.)

You get the idea here. The point isn’t to elevate or denigrate him because of his faith. It’s to get a fuller understanding of what citizens are in for if they elect him.

State Rep. Daniel Zolnikov, however, doesn’t see it that way.

Before I get into what he said, let’s talk about who he is, because that’s noteworthy in itself: Zolnikov is a young Republican who isn’t religious — not a combination you hear very often.

Zolnikov (below) says it was inappropriate for Ehrlick to tell Gianforte to be more open about his faith because the Constitution prevents a religious test for public office: 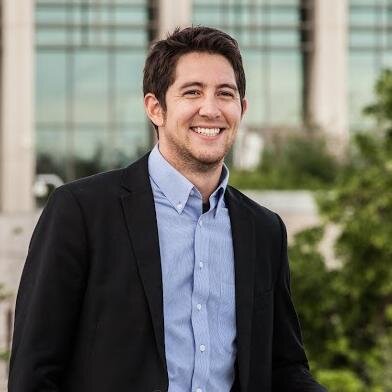 As a Republican state representative, I am in a unique position in Montana politics since I am one of the few elected officials who openly admit that I am not affiliated with any religion or would be considered “religious.” I am a Republican because I believe in limited government, free market principles and civil liberties, ideals that both people of faith and those of no particular faith can rally around.

… imagine my surprise when I opened The Gazette last Sunday only to see Darrell Ehrlick’s column in which he inappropriately demanded that Gianforte be more open about his religious beliefs.

Gianforte is running for governor because of his track-record of creating high-wage jobs in a state that currently sits 49th in the nation in wages. He understands what it takes to create a robust economy in Montana, where people my age and younger don’t have to move out-of-state to find a good career. These are ideas that all Montanans, including those who are non-religious, can rally around.

They may very well be consequential policies that people can rally around, but what Ehrlick was suggesting was not unconstitutional in the least.

No one’s suggesting Gianforte shouldn’t be allowed to run for office because of his faith. Ehrlick just wants some transparency about how Gianforte’s faith will impact his policies. If his faith is any indication as to how he’d handle LGBT rights, science, sex ed, and women’s issues, voters should know about it.

Zolnikov is essentially arguing for secrecy in order to boost someone from his own party — and he’s using his non-religiosity as a defense for it. It’s offensive, in a way, since most of us who share that “None” label would be royally screwed over if someone like Gianforte took office. Imagine the policies enacted by a President Mike Huckabee or President Rick Santorum (*shudder*) and you get a sense of what a Governor Gianforte would be like.

At least that’s what I think would happen. If I’m wrong, and if Ehrlick is wrong, than Gianforte should come right out and announce that, while he’s a person of faith, he would let the Constitution, not the Bible, guide his decisions in office.

There’s absolutely nothing wrong with getting a potential politician on the record about any of that.

Zolnikov, of all people, should know better.

January 11, 2016
All Your Questions About the Powerball Jackpot, Answered
Next Post

January 11, 2016 We Can't Ignore the Cultural and Religious Roots of the Cologne Sexual Assaults
Browse Our Archives
What Are Your Thoughts?leave a comment