In an opinion column in the Ottawa Sun, Supriya Dwivedi highlights the unique plight facing some Canadian women seeking abortions: 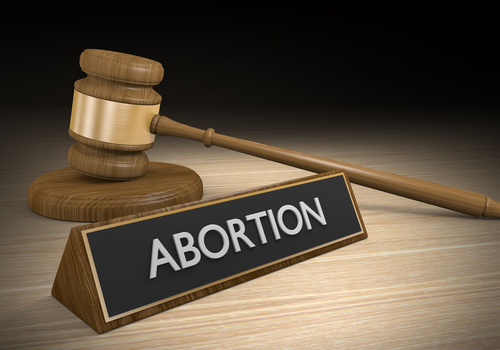 [W]hen it comes to something as basic as access to reproductive healthcare, women in Canada face horrendously unequal treatment, wholly dependent on geography. If you are a woman living on Prince Edward Island, you might as well be living in a theocratic state in the developing world.

It’s a situation familiar to women in parts of the U.S. (like Mississippi, which is down to one consistently targeted clinic), and for similar reasons: the procedure is legal in Canada, but PEI has put its own host of barriers in the way.

As it stands, Prince Edward Island does not allow for abortions to take place on the island. A woman in PEI must first receive the approval of a PEI physician but then must go out of province to obtain the procedure. This is in spite of the governing PEI Liberal’s own health plan, which states that patients are only to be sent out of province to receive “highly specialized in-patient and out-patient treatments.”

… By singling out abortion as the sole medical procedure subject to this arbitrary policy, not only is women’s healthcare being undermined, but women are also forced to incur the onerous burden of any financial costs that are associated with receiving the abortion off-island.

PEI’s treatment of abortion as a healthcare option deserving of its own unique set of rules is a tactic we can likewise recognize from our own anti-abortion politicians — for instance, in the form of hospital admitting privilege laws that target abortion providers.

At least one Canadian group, however, is not content to let PEI continue placing barriers in the way of reproductive healthcare.

Abortion Access Now PEI announced Tuesday that it had notified the province’s deputy attorney general that it intends to file a notice of application in the Supreme Court of P.E.I. in 90 days, as required by law.

The newly formed group said the province is violating the Charter of Rights and Freedoms, along with its own health policies, by refusing to provide surgical abortions on the Island.

Seeing as how the country’s Supreme Court already recognized abortion access as a healthcare issue decades ago, hopefully this case will ensure that women on PEI will soon have the access they’re legally entitled to.

January 11, 2016
We Can't Ignore the Cultural and Religious Roots of the Cologne Sexual Assaults
Next Post