All Your Questions About the Powerball Jackpot, Answered January 11, 2016 Hemant Mehta

All Your Questions About the Powerball Jackpot, Answered

On Wednesday night, the Powerball jackpot will reach an astonishing $1.3 billion, though it’ll probably be more by the time the drawing occurs. Since a lot of you have questions about it, let me help you out. 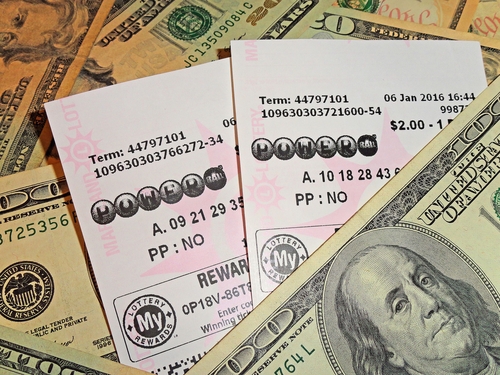 Am I going to win the jackpot?

No. Not a chance. You probably won’t get a single number right. Stop wasting your money.

But what if I pool my money together with a bunch of people?

You’ll still lose. But at least your collective shame will be spread over a larger area.

How do you know I’m going to lose?

To win Powerball, you need to choose the correct 5 numbers out of 69 options… and the correct Powerball number out of 26 options.

Mathematically speaking, here’s what that means: You have a 5 in 69 shot at getting the first number right.

After that, you have a 1 in 26 chance of selecting the right Powerball number.

We can multiply those numbers together to see your odds of hitting the exact combination:

The result reduces down to:

Changing that top number to 10 or 100 or however many tickets you’re buying won’t change your odds in any meaningful way.

I have a better chance of winning the Republican Presidential nomination than you do of becoming an instant billionaire.

But what if everyone in my office is in on it? I don’t want to be left out if they win!

They won’t win. Because math.

But it’s worth $2 just to fantasize about what I’d do if I’d win!

You can do that right now without buying a ticket. It’s called your imagination.

If you want to waste your money on a fantasy, don’t buy a Powerball ticket. Just go to church.

For you, maybe. But some of the people buying lots of tickets may not have that sort of money to throw around. Those people are screwing themselves (not to mention family members who depend on them) over because they don’t understand the math working against them.

Doesn’t some of the lottery money fund public education?

Sure. That’s one of the upsides to a huge jackpot. In a state like California, for example, 80 cents from every $2 ticket funds the school system.

But if education means that much to you, you’d be making a bigger impact by showing up at parent/teacher conferences, accepting higher property taxes, and calling your state representatives when a relevant education bill comes up for a vote.

Or, you know, write the state a check for 81 cents.

Have we learned anything over the past week?

Psychics have no power whatsoever.

Time travel isn’t real or someone would have used it by now.

And God can ignore millions of prayers at once.

… so I guess there is a silver lining to the jackpot after all.

January 11, 2016
I Wouldn't Take the Pamphlet from Him, Either
Next Post

January 11, 2016 Non-Religious Montana State Rep. Says Gubernatorial Candidate Shouldn't Have to Answer for His Faith
Browse Our Archives
What Are Your Thoughts?leave a comment