Philadelphia Mayor Claims That Wannabe Cop Killer’s Motive Has Nothing to Do With Islam January 10, 2016 Terry Firma

Oh, this is rich. Remember Thursday night’s shooting of a Philadelphia cop by a (mentally ill?) Muslim man who said he was defending the values of the Qur’an?

I just read the reaction of the mayor of Philadelphia, Jim Kenney. 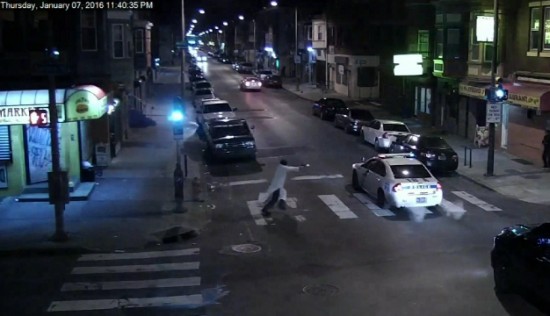 If you’ll recall, the suspect, Edward Archer, said that his attack on the police officer was prompted by his belief that cops uphold laws that contravene the teachings of the Qur’an. ABC reported that in his confession, he said he’d carried out the would-be execution “in the name of Islam.” We also learned that the gunman visited Mecca in recent years (not suspicious in and of itself, but possibly a relevant data point). And that

The FBI is assisting Philadelphia police in investigating whether he had been communicating with ISIS operatives or looking at online propaganda.

… he was following Allah, and had pledged his allegiance to the Islamic State of Iraq and Syria, or ISIS.

So what did Mayor Kenney (a Democrat) do? He gave a press conference some 12 hours after the shooting (video here) in which he says the following:

In no way, shape or form does anyone in this room believe that Islam or the teaching of Islam has anything to do with [the attack]. That is abhorrent, it’s terrible, and it does not represent the religion in any way, shape or form — or any of its teachings.

This is a criminal with a stolen gun who tried to kill one of our officers. It has nothing to do with being a Muslim or following the Islamic faith.

In other words, let’s disregard the shooter’s confession. Let’s disregard his recent pilgrimage to Islam’s holy site. Let’s not even see what the FBI investigation into a possible ISIS connection turns up.

No — why Edward Archer did what he did is a matter of common criminality. Or maybe we’ll call it a mystery. Yeah, that’s it! He must’ve been out of his mind. His motive is beyond our capability to understand. We have no idea why he pumped a cop full of bullets.

Kenney’s statement is like a topsy-turvy version of the Emperor’s new clothes. Rather than insisting that what obviously doesn’t exist actually does, he turns what does exist into a void, an absence, a lie.

I’ve seen this whitewash by our betters a thousand times over, from the White House on down, and for some reason I’m still startled by it.

Silly of me, right?

January 10, 2016
The $58 Million Frivolous Lawsuit Against Richard Dawkins is Finally Over
Next Post