Hey, Coaches: Here’s a Legal Way for Student Athletes to Pray Before a Game

Over the past several years, we’ve heard so many stories of public school coaches who lead or participate in prayers with their athletes. It’s illegal every time since it’s a form of coercion. And every time it happens, there seems to be confusion over what church/state separation groups want.

They’re not, in fact, trying to push God out of the public square. The Freedom From Religion Foundation, the ACLU, Americans United, and all the other groups like them support the right of students to pray. They support coaches who want to pray, too. But there can be no institutional endorsement of prayer, and that’s what happening when a coach on the clock stands in the prayer circles.

But if you still need help deciphering how the law works, here’s a great example of a team doing it appropriately.

I don’t know where they’re from, though that’s irrelevant. Just watch what happens: 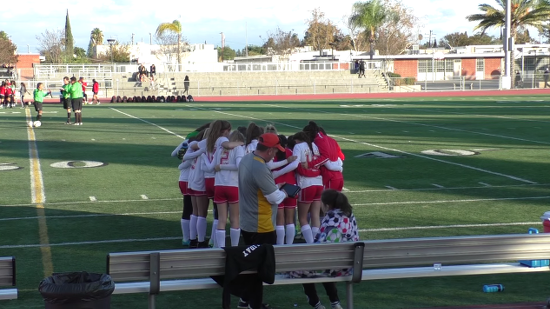 The soccer coach gives the team some final instructions. And then, as the girls huddle up for what appears to be a prayer, the coach steps away. They finish, they cheer, and they take their positions on the field.

Not a single church/state separation group would have a problem with that. There’s no legal violation taking place.

It’s entirely possible that one of the athletes isn’t religious and that she feels pressured by her teammates to join that circle — and that’s an important issue in its own right — but it’s not a legal problem.

If only all those praying football coaches could learn a lesson from this team.