The vulgar display of (some) earthly baubles is off-limits at a Catholic school in England, we learn via the New York Post.

The headmaster at a Catholic school in England has banned chic designer bags after too many girls returned from Christmas break toting pricey brand-name purses.

No word on boys sporting non-Casio watches or girls wearing pearls. Feels a bit random, then.

Dermot McNiffe declared that flashy bags such as Louis Vuitton, Ted Baker and Gucci, are not suitable for carrying binders and textbooks at the the All Saints’ Academy in Cheltenham, Gloucestershire, and should be replaced by more “appropriate” book-bags like an Adidas backpack. 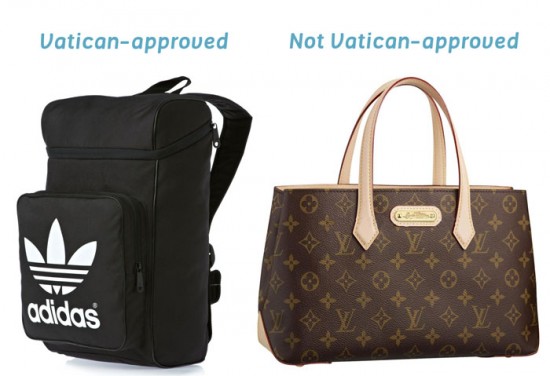 “We have identified that there has been a lack of clarity on the type of bag to use for school, which has resulted in some students using designer handbags which are not appropriate for carrying exercise and text books to school,” the principal said in a letter.

McNiffe is right. The Christian faith is not supposed to be about showing off, about ostentatious wealth. This is a well-known feature of Catholicism, which teaches material modesty and restraint from the top of the Vatican all the way down to its Church-appointed foot soldiers. Right? 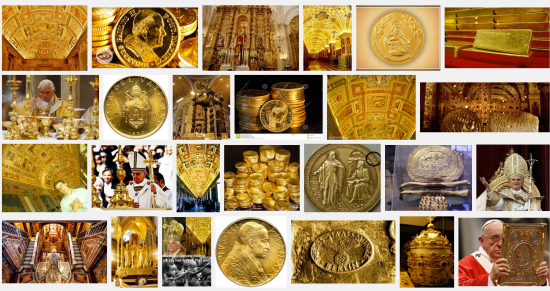 January 8, 2016
Hey, Coaches: Here's a Legal Way for Student Athletes to Pray Before a Game
Next Post

January 8, 2016 According to a Creationist Video, 3 + 3 = 6 is Somehow Proof of God's Existence
Browse Our Archives
What Are Your Thoughts?leave a comment