Not Believing In God Is No Joke To the Christian Woman Who Battered and Robbed a Disabled Man January 7, 2016 Terry Firma

A 49-year-old Louisville, Kentucky woman, Laura Reid, stands accused of assaulting and robbing a disabled man back in October. Her motive? The victim had “joked” to her that he doesn’t believe in God.

Heaven knows what she’d have done to him if he hadn’t merely been kidding about his unbelief. 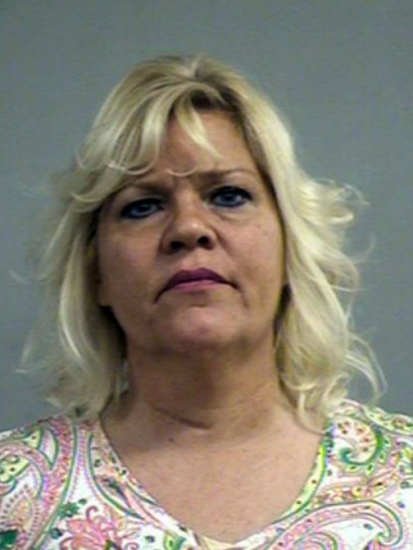 Police say that during a visit Reid paid to the (thus far unidentified) man, she asked if he believed in God,

… and he jokingly replied that he did not. According to an arrest warrant, Reid became angry with his response, so she picked up his metal cane and began beating him on the head and body, hitting him so hard that the cane broke. Police say the victim was unable to leave his home because of his disability, and Reid stayed there for three hours after the assault.

When she finally left, she allegedly took the man’s cell phone, keys, $50 cash and a wallet containing credit cards. Police say the man eventually crawled to a nearby gas station, where police and EMS were called. The man was taken to St. Mary and Elizabeth Hospital, where he was treated for injuries he sustained, including a concussion, a broken arm, multiple bruises, as well as cuts and abrasions.

Reid was apprehended yesterday, and is expected to stand trial later this year.

It seems that even in the United States, being openly secular is not necessarily without bodily risk. You may recall that, just a couple of weeks ago, a Phoenix woman was arrested after telling cops that she’d shot and killed another woman for not believing in her God.