So when actress Jennifer Lawrence mentioned in an interview with Glamour magazine that she relied on Planned Parenthood as a teenager growing up in a religious household, it wasn’t very surprising to those of us who understand the variety of services offered by the organization. It’s also not shocking, though, to see some hand-wringing and whimpering from the usual suspects who like to pretend that Planned Parenthood is the Great Satan of Healthcare. 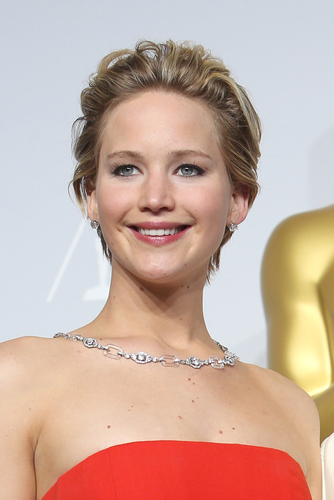 Conservative site The Daily Wire, however, is more than a little put out. As far as contributor Amanda Prestigiacomo is concerned, Lawrence’s comments were nothing short of “worshiping at the altar of Planned Parenthood.”

Jennifer Lawrence has done her fair share of Christian-bashing and feminist-inspired complaining about non-existent victimhood like a good liberal. And in her most recent interview with Glamour magazine, the world’s highest paid actress is par for the course: worshiping at the altar of Planned Parenthood and bashing her childhood “Jesus home”upbringing.

Words must mean something different to Prestigiacomo than they do to me, because acknowledging that a healthcare organization helped you, that reproductive healthcare helps people in general, or that it’s wrong to shoot up clinics — which is what Lawrence said — doesn’t sound like worship to me.

Lawrence’s comments came up in relation to her work with comedian Amy Schumer:

Jennifer Lawrence: … Amy’s the most empathetic person I’ve ever met in my life. When she came over this morning, she was crying. She had just… seen the news about the shooting at Planned Parenthood. It’s so awful… It isn’t an attack on abortions; it’s an attack on women. Because Planned Parenthood is so much more [than abortion]. My mom was really religious with me when I was young. She’s not so much anymore. And I wouldn’t have been able to get birth control if it weren’t for Planned P. I wouldn’t have been able to get condoms and birth control and all these things I needed as a normal teenager who was growing up in a Jesus house.

[Editor-in-chief Cindi Leive]: So did you go to Planned Parenthood for those things?

JL: Yes, I did. And now [gestures widely] I am a successful woman who has not had a pregnancy.

Considering how many Americans rely on Planned Parenthood for their reproductive care, at some point or another, this isn’t a particularly radical comment.

Or, put another way, mindless worship.

Because, as Prestigiacomo frames it, Lawrence’s success has nothing to do with not getting pregnant:

Lawrence did not attribute her success to her family, her solid two-parent upbringing, or to the opportunities available to her in the freest country in the world; instead, she told Glamour that she owes her success to Planned Parenthood. Since, after all, the abortion giant provided her birth control and condoms, so she didn’t get pregnant growing up in her repressive “Jesus home.”

This would be a lot more persuasive if teens from two-parent households didn’t actually get pregnant, or if unplanned pregnancies had no impact on a woman’s career and life. But back in the real world (you know, that place where saying “shooting up healthcare clinics is bad” is not “worship”), these things can happen. Having access to reliable contraception, though, can stop that from happening.

In other words, just what Lawrence said.

But acknowledging a reality that conservatives want to deny is apparently “worship” these days. (Among Lawrence’s other political sins, as described by Prestigiacomo? Expressing horror at the idea of Trump presidency. Something tells me a firm grip on reality isn’t a big requirement for working at The Daily Wire.)

January 7, 2016
Ex-Nun Says She Had to Self-Flagellate, Stick Needles in Herself, and Eat Spoiled Food — For Jesus
Next Post

January 7, 2016 Not Believing In God Is No Joke To the Christian Woman Who Battered and Robbed a Disabled Man
Browse Our Archives
What Are Your Thoughts?leave a comment