Ex-Nun Says She Had to Self-Flagellate, Stick Needles in Herself, and Eat Spoiled Food — For Jesus January 7, 2016 Terry Firma

Ex-Nun Says She Had to Self-Flagellate, Stick Needles in Herself, and Eat Spoiled Food — For Jesus

How much can you possibly love Jesus? This much.

Nuns at an Italian convent were forced to write their vows in their own blood, self-flagellate every night, and eat spoiled food, a former member of the order is claiming. “We pierced our skin with needles before writing on the card and we were happy to do it,” the unnamed nun told the Italian newspaper Corriere della Sera about her time in the 1990s at the “Sister of the Immaculate” convent. 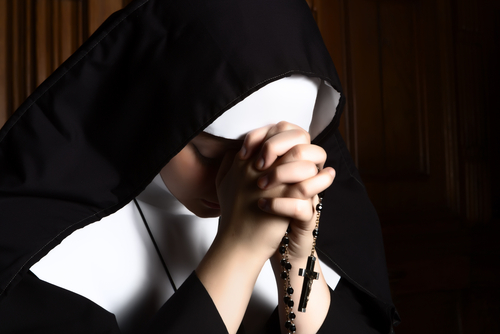 The nun also claimed that her sisters were regularly fed rancid food, such as yogurt and canned meat. “They told us if we ate it with obedience, nothing bad would happen to us, but it wasn’t true because I used to get serious stomach problems,” she said.

The Vatican recently ordered a probe into the goings-on, even though the Rev. Stefano Maria Manelli, who founded the order in 1982 — it spawned a total of 15 convents, nine of them in Italy — has denied any wrongdoing. Manelli has been a candidate for beatification since 2010.

January 7, 2016 Jennifer Lawrence “Worships at the Altar of Planned Parenthood,” Whines Conservative Site
Browse Our Archives
What Are Your Thoughts?leave a comment