The American Family Association has a history of telling lies.

After all, this is the Christian hate group that came up with a “bigotry map” that included atheist groups that did nothing more than exist. (That’s seriously all it took to be placed on the map.)

Their latest lie? They posted this graphic on Facebook last night: 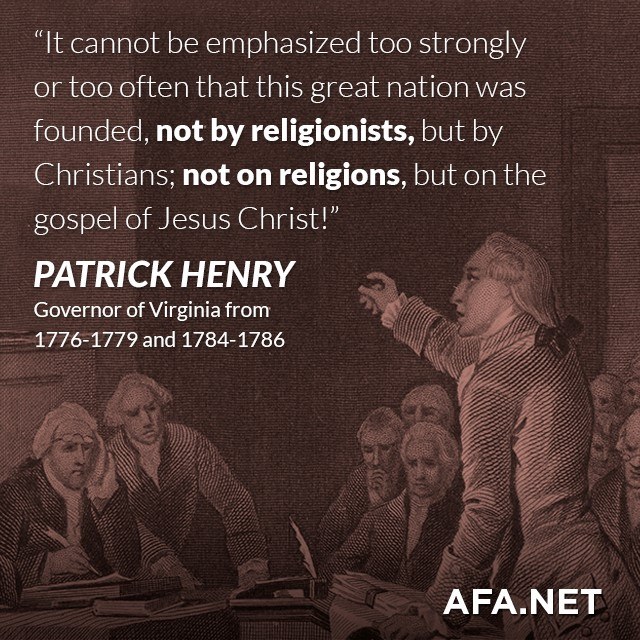 It cannot be emphasized too strongly or too often that this great nation was founded, not by religionists, but by Christians; not on religions, but on the gospel of Jesus Christ!

It’s true that Patrick Henry — the “Give me liberty, or give me death” guy — was a Christian.

But he never said that line.

Where does it come from? According to Snopes, it’s from an April, 1956 article from The Virginian in which the author quoted something else Henry said… and then added his own commentary that included those quoted words.

Christian Pseudohistorian David Barton, whose work has been discredited more times than you can imagine, first made the misattribution in the 1980s.

That’s the Christian Right for you, though. They refuse to correct mistakes, even when they’re objectively wrong. Lying for Jesus is always permitted.

(Thanks to Jonathon for the link)

January 7, 2016
Here's How Conservative Christians Are Pushing Their Religious Agenda in Public Schools
Next Post