Youth Pastor Confesses to Having Sexual Contact with Underage Girl

Last February, Callan Rice, a youth pastor at Bethel Assembly in Texas, lashed out against the movie Fifty Shades of Grey. He wrote on Facebook: 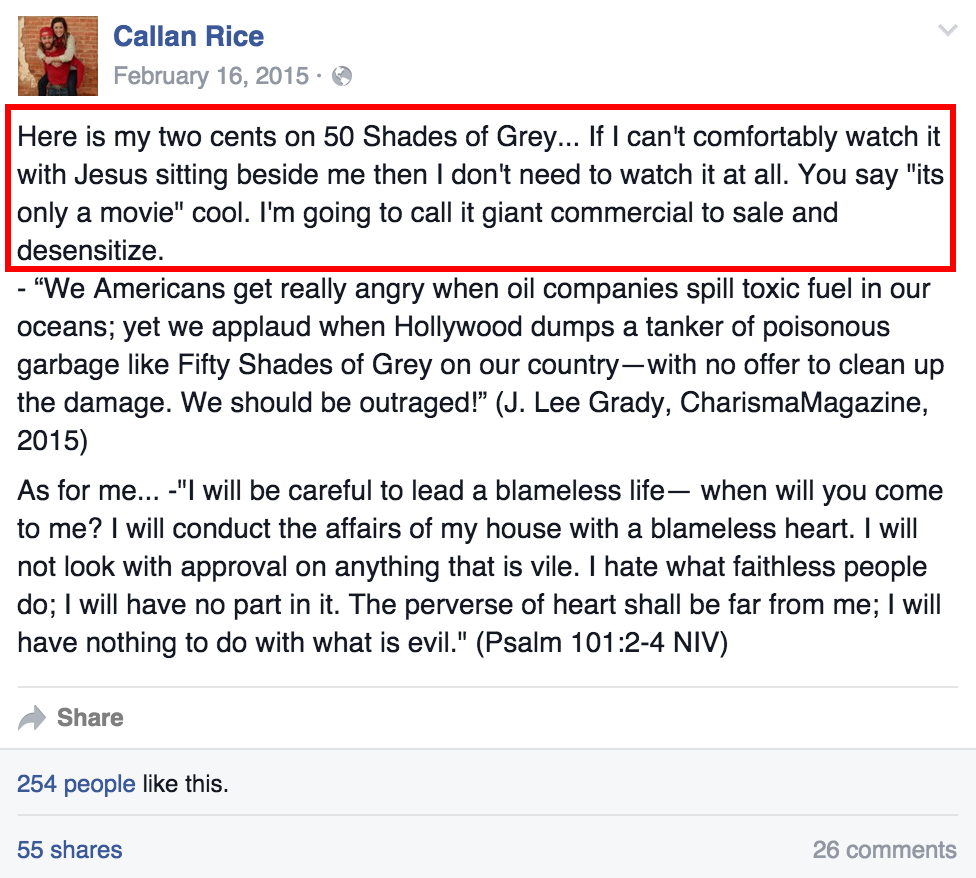 Here is my two cents on 50 Shades of Grey… If I can’t comfortably watch it with Jesus sitting beside me then I don’t need to watch it at all. You say “its only a movie” cool. I’m going to call it giant commercial to sale and desensitize.

If only he listened to his own warnings about what constitutes proper sex. Rice was in the news last week after getting caught with an underage girl.

26 year old Callan Rice is charged with indecency with a child, a second degree felony.

Police say Rice was recently fired by Bethel Assembly in Anson after he was caught meeting privately with the girl who is under the age of 17.

According to incident report, Rice had sexual contact with the girl and has confessed to the crime.

I can’t imagine Jesus approved of that… but, you know, Fifty Shades is the real problem in society.

Rice is currently out of jail on $25,000 bond, though the church removed his name from the staff section of their website. Should make for an interesting sermon this weekend.