Charlie Hebdo Documentary Will Come to Netflix on Thursday

On Thursday, a year to the day of the massacre in the offices of Charlie Hebdo, Netflix will begin streaming the documentary film Je Suis Charlie: 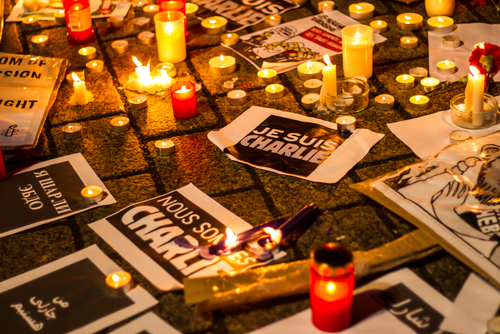 Je Suis Charlie first premiered at the Toronto Film Festival in September and includes archival footage with deceased cartoonist Jean Cabut, better known simply as Cabu, and editor-in-chief Charb, Stéphane Charbonnier, and will attempt to contextualize the attacks that killed 12 people at the Charlie Hebdo offices in Paris.

May want to set aside some time this weekend to check it out.

January 4, 2016
Please Support the Work I Do Through This Site
Next Post