Science: It’s Not a Belief

From one of the men who brought you Monty Python’s Life of Brian: 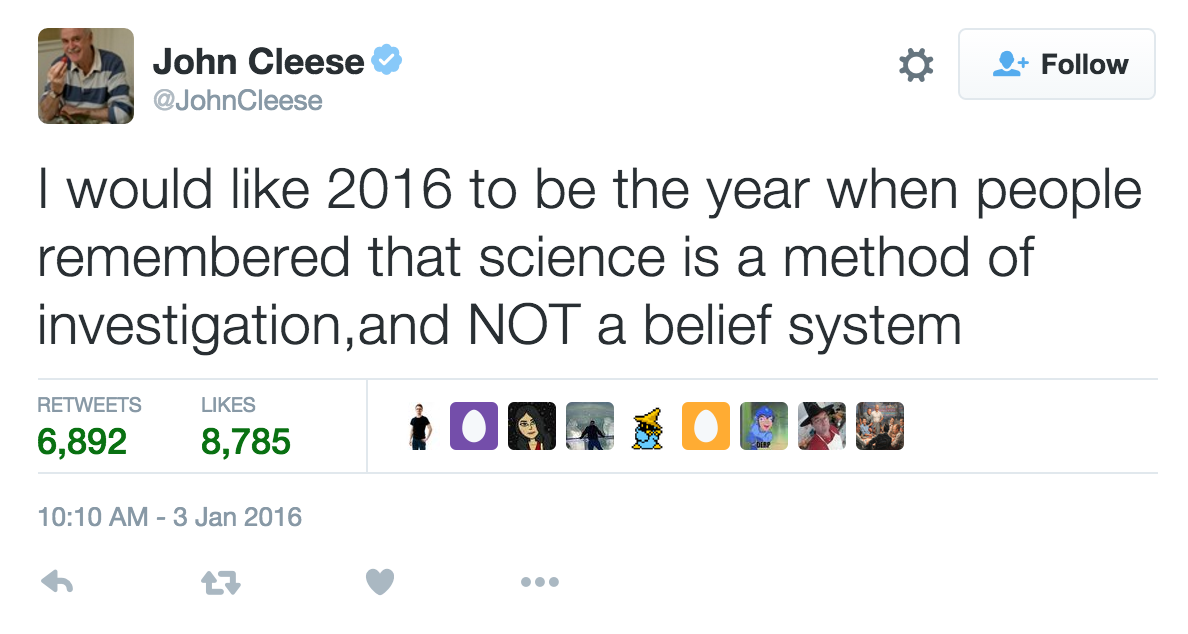 I would like 2016 to be the year when people remembered that science is a method of investigation,and NOT a belief system

That would be one hell of an accomplishment if it worked.

It’s a common refrain from religious apologists: Science is a secular religion!

But, unlike religion, science is self-correcting. If there’s a mistake, it can be overcome with better science. That’s the power of the method. It’s the best system our species has come up with for explaining how nature works — and it blows religion out of the water.

At the same time, we’d be wrong to think science can explain everything. It can’t. Science has its limitations. But at least we can be honest about that.

January 4, 2016 A Year Later, Charlie Hebdo Marks Massacre Anniversary with Provocative Cover
Browse Our Archives
What Are Your Thoughts?leave a comment