It was January 7 last year when radical Muslims barged into the Charlie Hebdo headquarters in Paris and killed twelve people. This week, as one year passes since that awful day, the satirical publication is marking the tragedy with a special cover. It features a God-like figure armed with a weapon. The headline roughly translates to, “One year later: The assassin is still at large.” 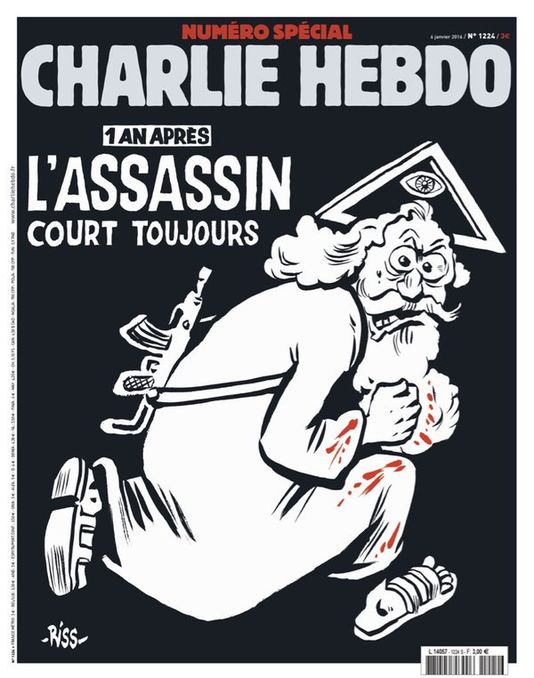 The edition is 32 pages long and will feature cartoons by staff who died in the attack, as well as designs by current cartoonists, it has been reported.

The satirical magazine will print approximately one million copies to be sold globally in honour of its deceased colleagues.

What’s sad is how little has changed since a year ago. Muslim extremists are still targeting those who dare mock their beliefs, blasphemy laws are still on the books in some western countries, and many people think the cartoonists bear at least some responsibility for what happened to them.

It makes you mourn the cartoonists we lost a year ago — the ones who held nothing sacred and who saw fit to criticize the worst aspects of others’ beliefs. A dozen may have lost their lives, but let’s hope thousands more were created in their place.