The international edition of today’s New York Times included this article that we mentioned earlier about the plight of atheist bloggers in Bangladesh. In fact, here’s what the front page looks like: 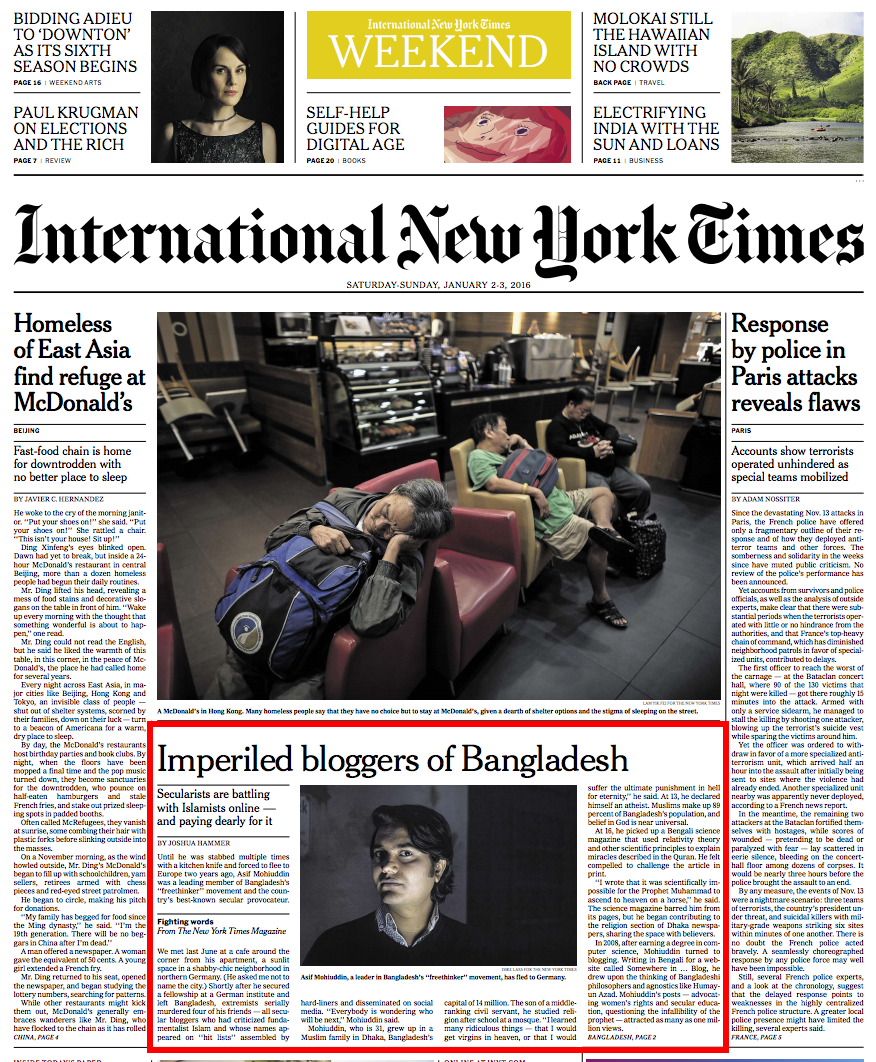 Unfortunately, no one will see that cover in Pakistan — one of the countries where you can be executed for being an atheist.

The readers there saw a New York Times with blank space where the article would have been printed: 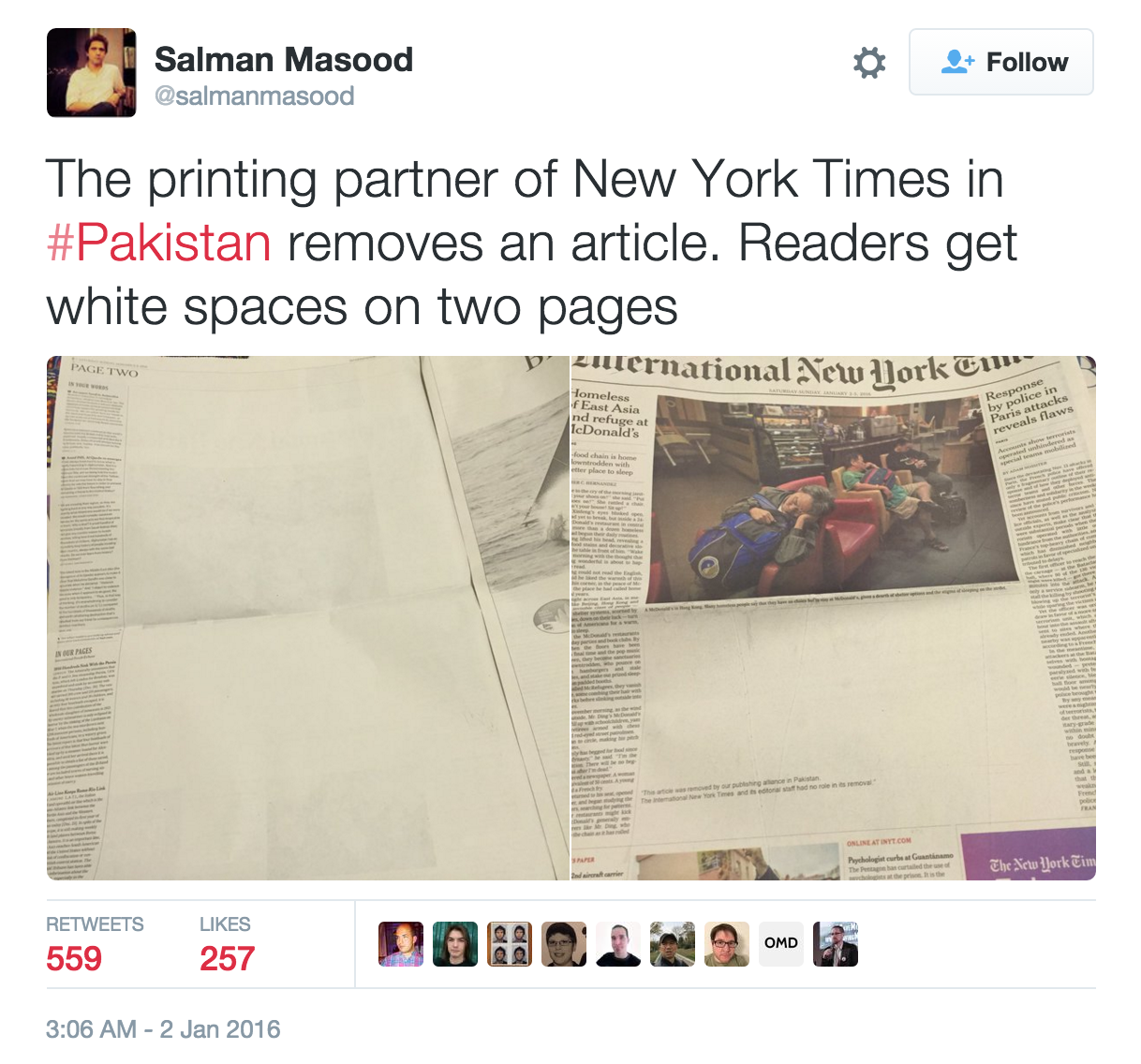 It’s hard to see, but there’s a note that reads “This article was removed by our publishing alliance in Pakistan. The International New York Times and its editorial staff has no role in its removal.”

Unbelievable… Or very believable in a country where exercising freedom of thought could merit a death sentence.

January 3, 2016 God, I Don't Believe in You. Now Please Don't Smite Me
Browse Our Archives
What Are Your Thoughts?leave a comment