A Romeo and Juliet-like story featuring a Palestinian artist and an Israeli academic has been banned from the classroom by Israel’s government.

Dorit Rabinyan‘s book Gader Haya, known in English as Borderlife, won’t be included in the high school curriculum despite a push from teachers: 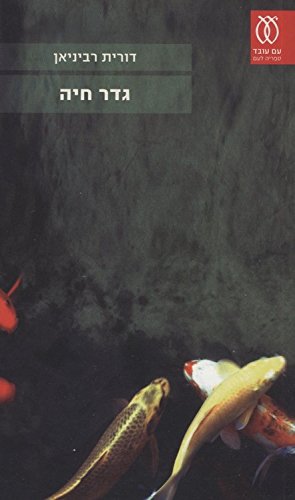 Israel’s education ministry has banned high schools from teaching about a that depicts a love story between an Israeli woman and a Palestinian man, reportedly because it would encourage “hatred” and assimilation.

In a statement, the ministry told NBC News that the book was not approved because it was “full of layers of hidden narratives, with criticism of the liberal-left part of the Israeli political spectrum, [and] wrapped in a romantic story of an impossible love.

“The professional team came to the conclusion that young adolescent may have difficulty to go in depth into these layers.”

Right, because teenagers can never relate to a story about falling in love with someone their families would disapprove of… If anything, the government’s argument that the book is “full of layers” and controversial in parts is precisely why it should be discussed in the classroom. The government may not be able to handle it, but teenagers probably can.

Education official Dalia Fenig inadvertently gave a stronger endorsement of the book with a letter to an Israeli newspaper:

Liberal Israeli daily Haaretz quoted a letter by Fenig as saying the book shouldn’t be included because teens could not grasp the “significance of assimilation.”

“Adolescent youth tend to romanticize and don’t have, in many cases, the systematic point of view that includes considerations about preserving the identity of the nation and the significance of assimilation,” Fenig was quoted as writing in the letter.

Makes me want to read the book, not ignore it. If nothing else, maybe the publicity of this scandal causes more copies to fly off the shelves.

January 2, 2016
The Problem with Conservative Christians and "Religious Liberty"
Next Post

January 2, 2016 Watch This Short Irish Film About a Young Atheist Challenging Religious Authorities
Browse Our Archives
What Are Your Thoughts?leave a comment