Women Who Support Public Breastfeeding Should Be Okay with Men Groping Them, Says NH Republican

It’s not easy looking out for the moral well-being of your constituents. Just ask New Hampshire’s (all male, all Republican) morality police, who just sponsored a bill to make breast exposure — by a woman — a criminal offense. 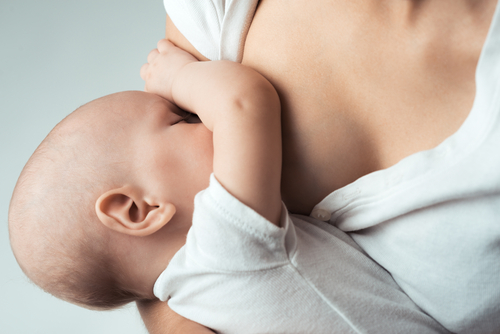 These upstanding gentleman introduced language to criminalize incidents where:

… a woman… purposely exposes the areola or nipple of her breast or breasts in a public place and in the presence of another person with reckless disregard for whether a reasonable person would be offended or alarmed by such act.

Rather than receiving the thanks they’ve so clearly earned in aiming to shield New Hampshire residents from the “reckless disregard” inherent in a woman baring her nipple, these stalwart champions of virtue were met with criticism from Democratic lawmaker Amanda Bouldin.

[Making it a crime to expose your nipples — but ONLY if you’re female. MISDEMEANOR. As far as I understand, multiple convictions will result in being listed in the state Sex Offender Registry.]

“AN ACT relative to the circumstances that constitute indecent exposure and lewdness.”

YES, all the sponsors are men. And Republicans. So much for “smaller government”….

That’s when members of the legislative Morality Police stopped by her Facebook wall, where they responded in the high-minded fashion one might expect from folks worried about decency.

I’d say I was kidding, but you knew that already. Rather, these self-appointed moral guardians let loose with some pretty hardcore creepiness — without regard to whether or not a “reasonable person would be offended or alarmed.”

Representative Al Baldasaro, for instance, decided to add to the conversation with this charming comment:

Amanada, No disrespect, but your nipple would be the last one I would want to see. You want to turn our family beach’s into a pervert show. Liberterians want a nude beach, put your money together and buy one, if you want to expose you kids to nudity, go for it. Some of us liberty minded Reps do beleive in family values.

Baldasaro’s insistence that he’s “liberty minded” while arguing to take liberties from half of his state is probably the least eyebrow-raising part of this post. And that’s a feat.

But it was when exceptions for breastfeeding (which the law does contain, although Bouldin originally missed it) came up that things really went off the rails.

Representative Josh Moore answered this objection with the following (since deleted) comment:

Who doesn’t support a mothers right to feed? Don’t give me the liberal talking points Amanda. If it’s a woman’s natural inclination to pull her nipple out in public and you support that, than you should have no problem with a mans inclantion to stare at it and grab it. After all…It’s ALL relative and natural, right?

Moore must have realized that suggesting it was okay to grope a woman’s breasts just because she had them exposed was impolitic, because the post quickly came down (though not before screenshots were taken). Still, he was far from done showing off his misogynist creds or his paternalistic condescension.

I’ll see you on the house floor. I have obviously have more respect for a women and her innocence and decency than than women who are support public nudity.

In short, these Republicans want to tell women what to do — for the sake of protecting female innocence and decency, of course! — while threatening them with a criminal record or sexual assault if they don’t comply.

That’s how respect works, I guess

But what else would you expect from the “family values” crowd these days?