If you visit the Jackson Parish Courthouse in Jonesboro, Louisiana, you’ll see several signs celebrating the holidays put up by local government offices, and they include these blatantly unconstitutional ones that explicitly promote Christianity: 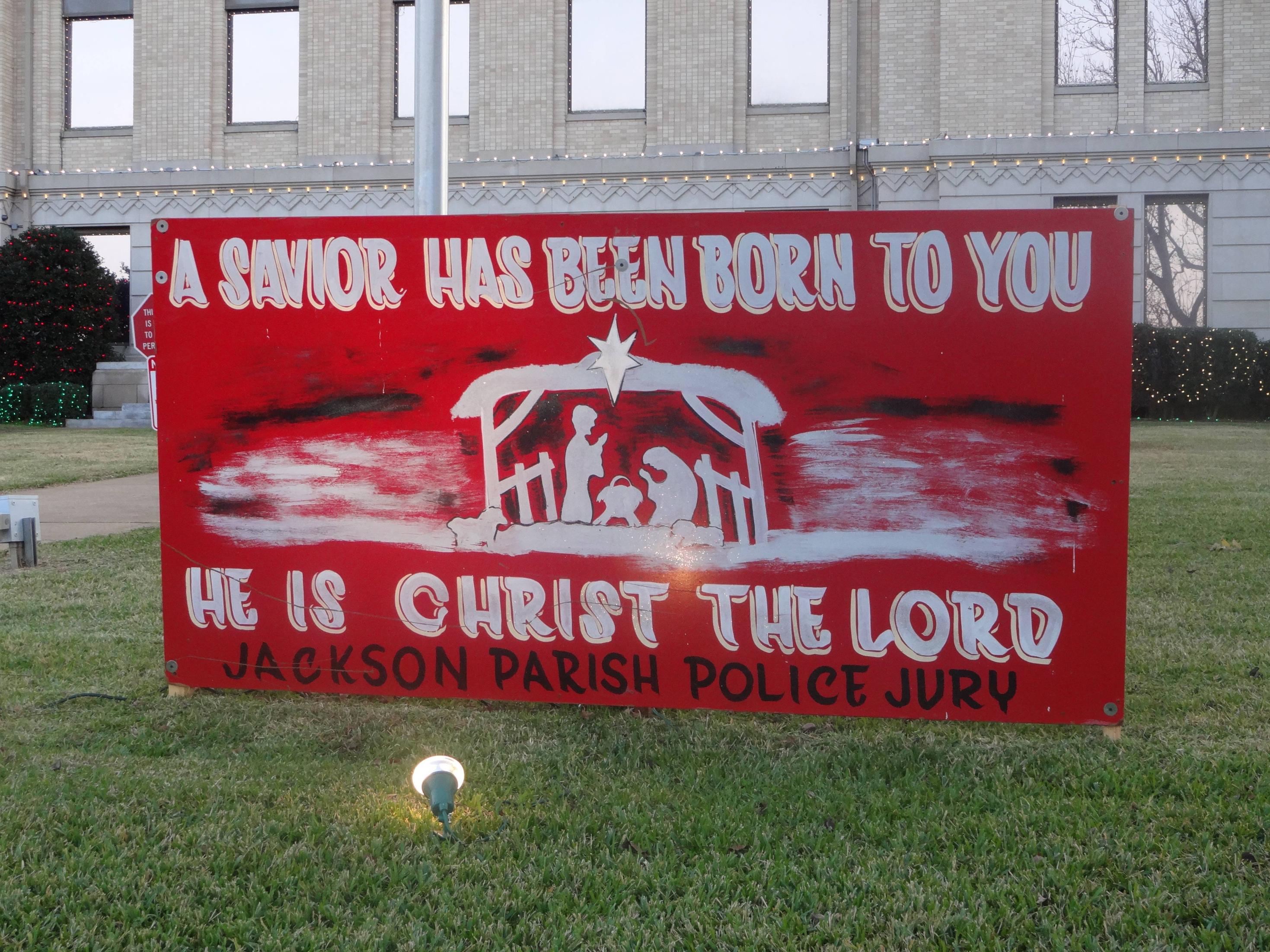 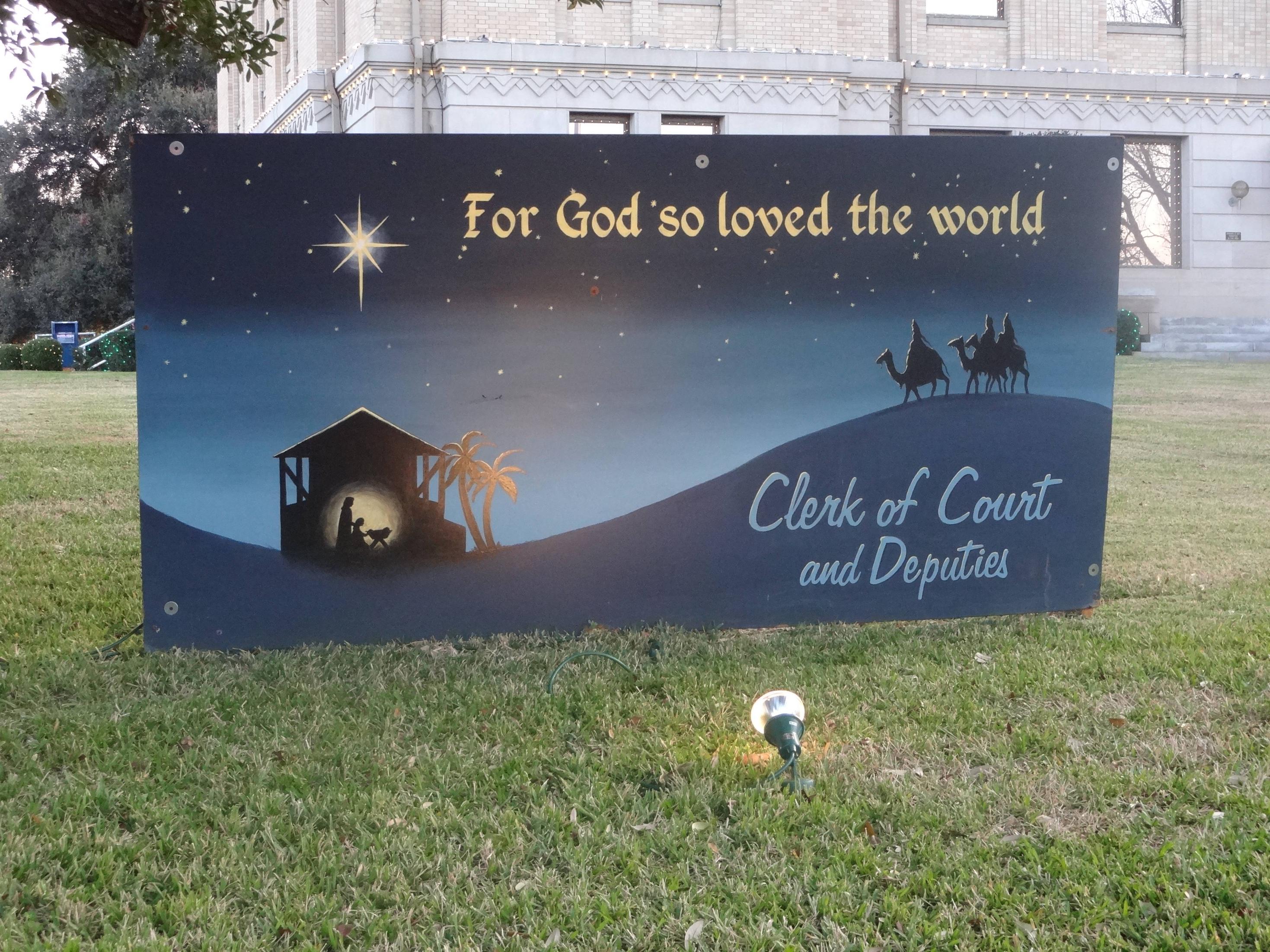 The Freedom From Religion Foundation sent separate letters to the Police Jury and Clerk of Court alerting them to the problem and requesting in writing how they plan to fix this in the future:

There are ample private and church grounds where religious displays may be freely placed. Once the government enters into the religious business, conferring endorsement and preference for one religion over others, it strikes a blow at religious liberty, forcing taxpayers of all faiths and of no religion to support a particular expression of worship. We request a response in writing about the steps you are taking to remedy this violation of the First Amendment.

Incidentally, other signs on the courthouse grounds include ones saying “Merry Christmas” and “Happy Holidays.” None of those were deemed problematic by FFRF since they don’t endorse any particular religious beliefs. Even this one, which featured praying angels, got a pass — perhaps because it wasn’t as explicitly pro-Christian as the two above. 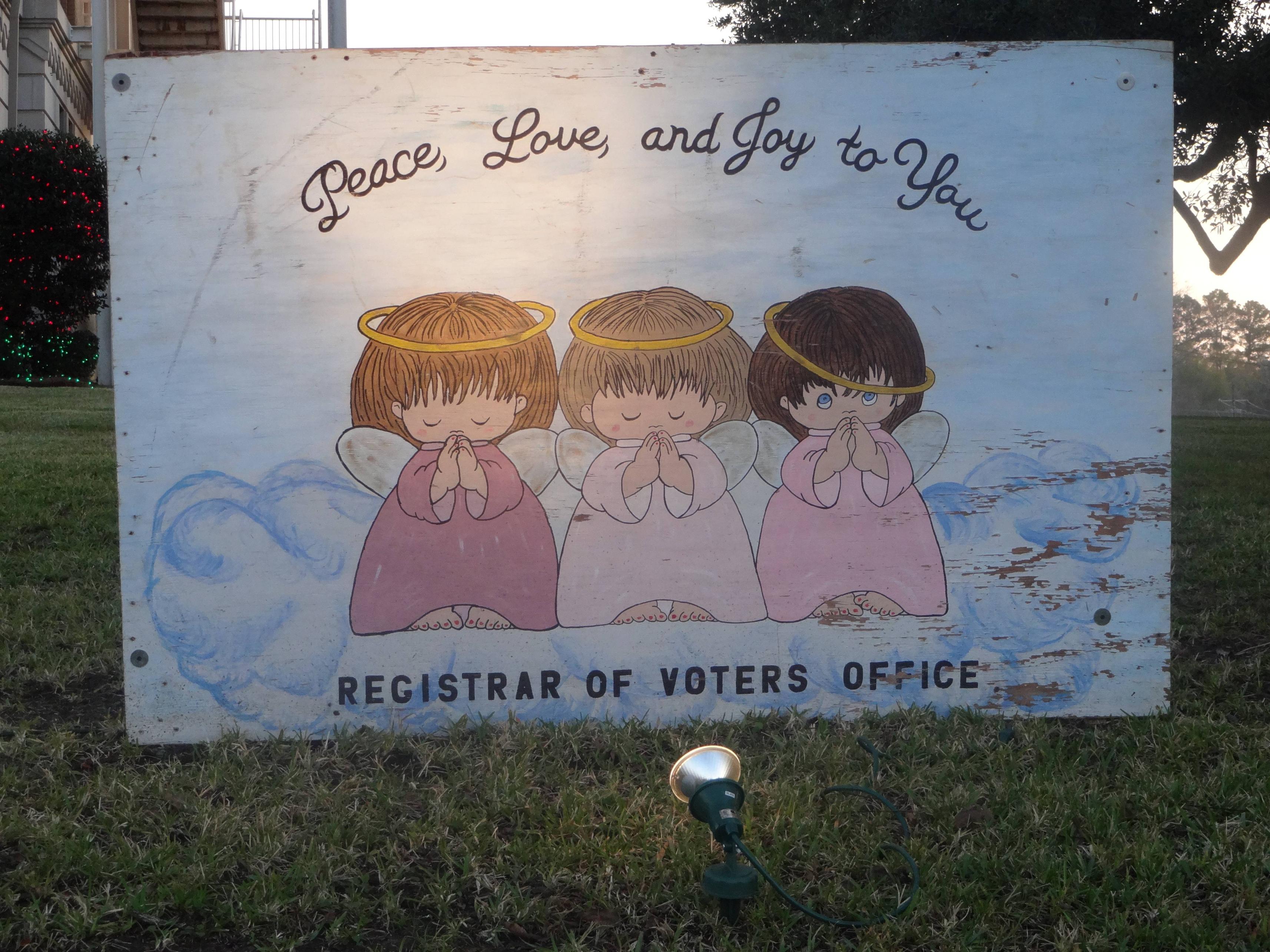 January 1, 2016
ACLU Sues Catholic Hospital for Selectively Choosing Which Women Can Have Tubal Ligations
Next Post