In early 2013, there was a clash in Bangladesh over the writing of atheist bloggers that left at least two people dead, including blogger Ahmed Rajib Haider (a.k.a. Thaba Baba). 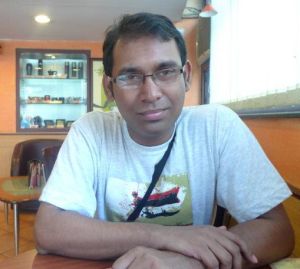 A year later, seven students and a cleric were actually charged with the crime. That was a bit surprising given that those who react to perceived blasphemy with violence seem to be given medals of honor these days in nations like Bangladesh.

Perhaps even more surprising is that all eight were indicted by a Bangladeshi court earlier this year:

The indictments mean a trial will begin for Mufti Jasimuddin Rahmani, head of the Ansarullah Bangla Team, and the seven students at a private university who have confessed involvement in the killing.

The investigation report says Rahmani incited the students to kill Haider in sermons at two mosques in which he said all atheist bloggers should be killed to protect Islam.

All eight faced the death penalty if convicted.

And now, nearly three years after Haider was killed, the sentences have been handed down: Two of the killers will receive the death penalty while six others will be sent to prison for varying lengths of time:

The court said that one of the students sentenced to death, Faisal bin Nayeem, attacked Haider with a meat cleaver in front of the victim’s house.

The other was tried and sentenced in absentia.

The blogger’s father, Mohammad Nazim Uddin, said he was unhappy that only two men were given the death sentence.

“I’m not happy with the verdict. I reject this verdict. Five of them confessed their involvement in the killing. But only two were given death sentence. How is it possible?”, he said.

The two men will be hanged soon. (That is, if they can even find the second guy.) The lawyer for all of them has said that he will appeal the decision.

Part of me is glad to see some semblance of justice offered in response to these hate crimes. It’s the first in what I hope is a series of punishments given to those who have killed atheist bloggers and their allies over the past couple of years.

Another part of me says killing them isn’t the best answer — it’ll only spur more terrorists to avenge their deaths. They all need to be locked away forever, humiliated in a way that prevents any sort of “martyrdom.”

It’s also stunning that Rahmani, the preacher who was the head of this whole operation (though he didn’t commit the actual crime), was only given five years in jail. What’s going to happen when he’s let out? Does anyone really think he’ll change his mind in prison?

Killing two terrorists won’t stop the larger problem of a culture that sees critics of Islam as the enemy rather than those who attack those critics in retaliation. It’s a temporary Band-Aid that won’t stop these crimes from happening again in the future.