Christian Preacher Says 2016 is When the Tides Will Turn… Which is Also What She Said About 2015 December 30, 2015 Hemant Mehta

Christian Preacher Cindy Jacobs is a constant source of material for this site. Whether she’s helping a woman grow three inches instantaneously, or turning metal into bone, or blaming the death of blackbirds on the repeal of Don’t Ask, Don’t Tell, she’s full of stories that her gullible followers never seem to challenge her on.

Now there’s evidence that she’s no better than a dollar-store astrologer.

She recently told her audience that, no matter what awful stuff is happening in their lives, it’ll all finally change in 2016: 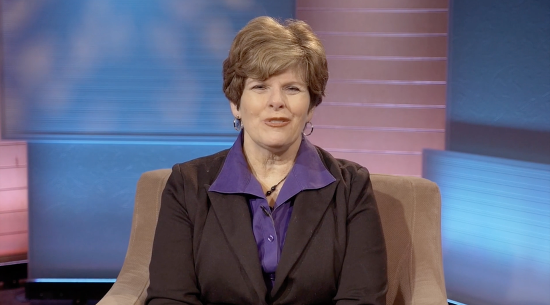 Let me give you some good news: This coming year, the tide will turn for you… I want to encourage you: Some of you, right now, as you’re listening to this video, are going through a very challenging time. But I promise you that God is working on your behalf. The enemy may be coming in, trying to overwhelm you, trying to feel like you are flooded by problems and adversity, but don’t pray complaining prayers. Pray faith-filled prayers, saying that you trust the Lord, that He is going to cause you to triumph, He’s gonna cause you to overcome, and I want to promise you the tide will turn… But I want to say to you: God is a good God. And, in 2016, the Lord is going to see that the floods that are overwhelming you stop, and the tide will turn for you.

Sounds very optimistic! And you might be inclined to believe her… until you realize she said the same damn thing about 2015.

Jacobs called 2015 the “Turn-Around Year” — just look at the giant sign behind her when she gave that sermon:

This is the year when God will give His people the chance to recalibrate in the midst of what will seem to be a whirlwind year. To recalibrate means to correct in mid-course, modify, amend, change, metamorphose, renovate, transform, or turn.

To quote Chris Rosebrough at Museum of Idolatry, “… if God turned everything around in 2015 and then is going to turn the tide in 2016 doesn’t that mean that 2016 is the the year God is going to smite you and take everything away from you?”

Yes. Yes it does. Cindy Jacobs just said God will smite us all.

Also, she takes donations. Sure, she can predict the future, but you don’t expect her to win the lottery, do you?

December 30, 2015
Two Muslim Students Caned for Being in "Close Proximity" to Each Other
Next Post